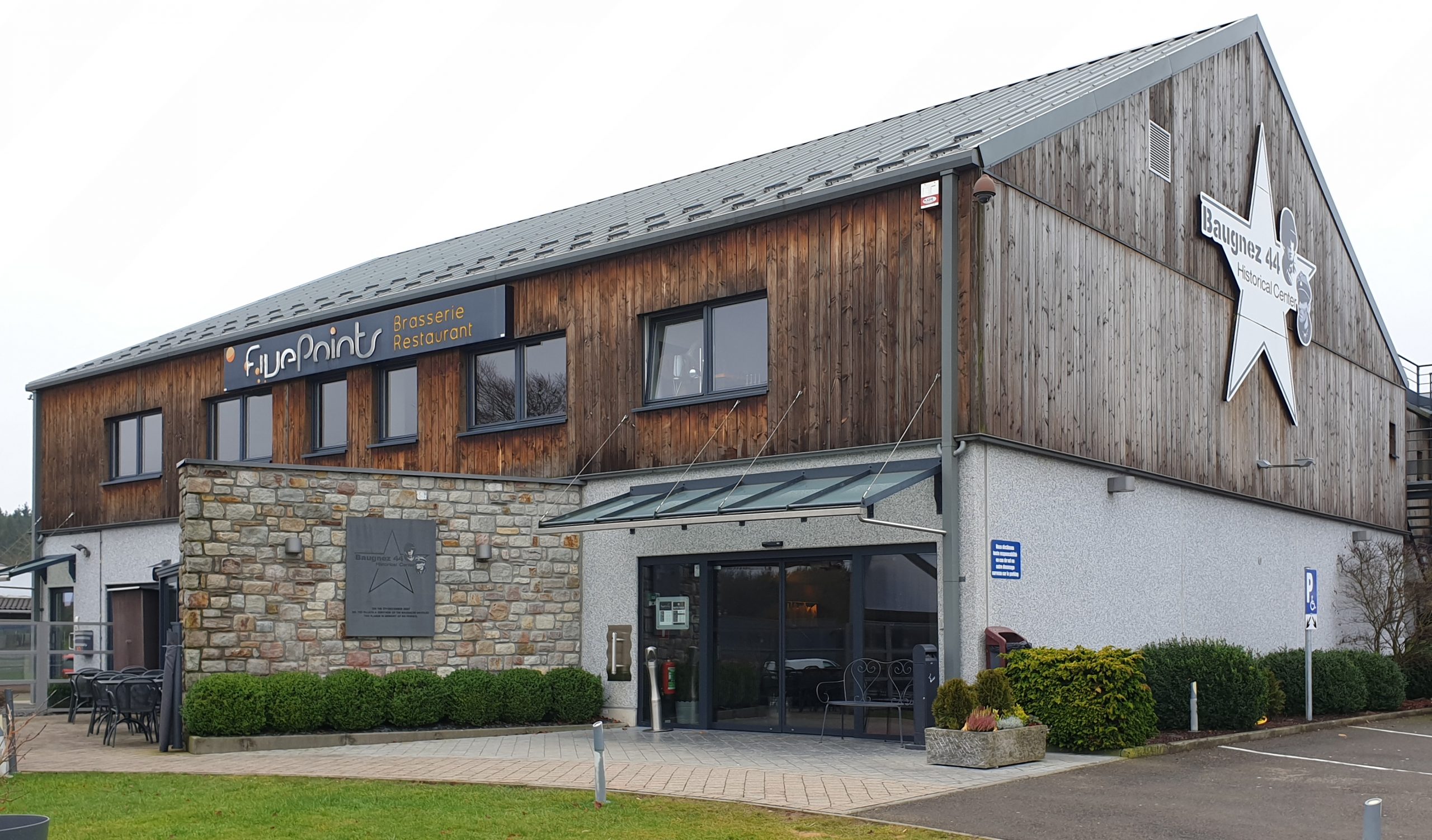 The Historical Center is the right-most third of the building – the left side is a restaurant and bar, which were doing a rocking business this afternoon. There is a definite tourist trap feel. Visitors are buzzed in through the locked door by the ticket-taker. It’s pretty surreal: the reason for this crossroads to be on a tourist’s map is that this is where American prisoners were machine-gunned. The tourist attraction here of dioramas about the Battle of the Bulge with a bar handy is, uh, odd. 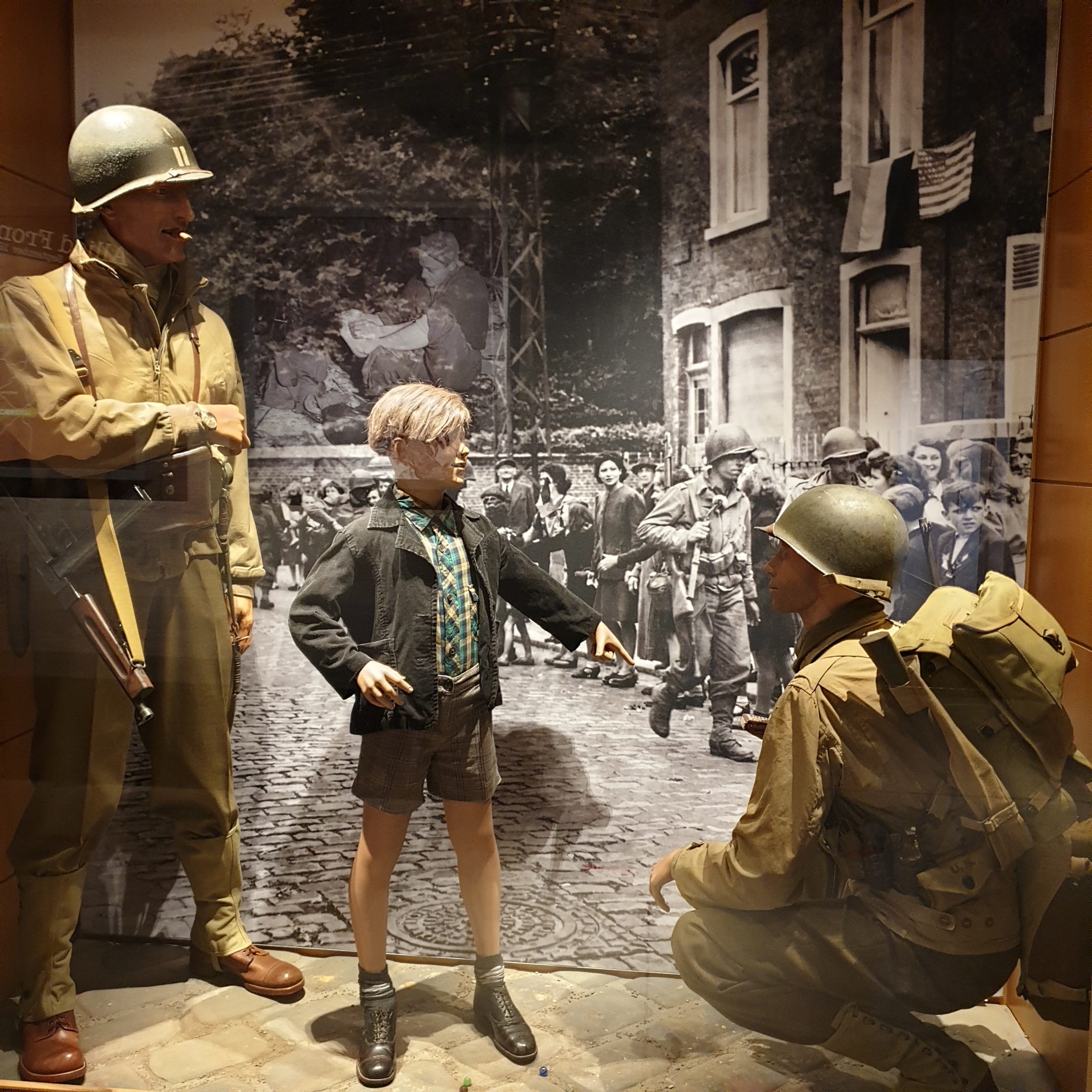 Belgian boy points to the Hershey bar the GI is holding. 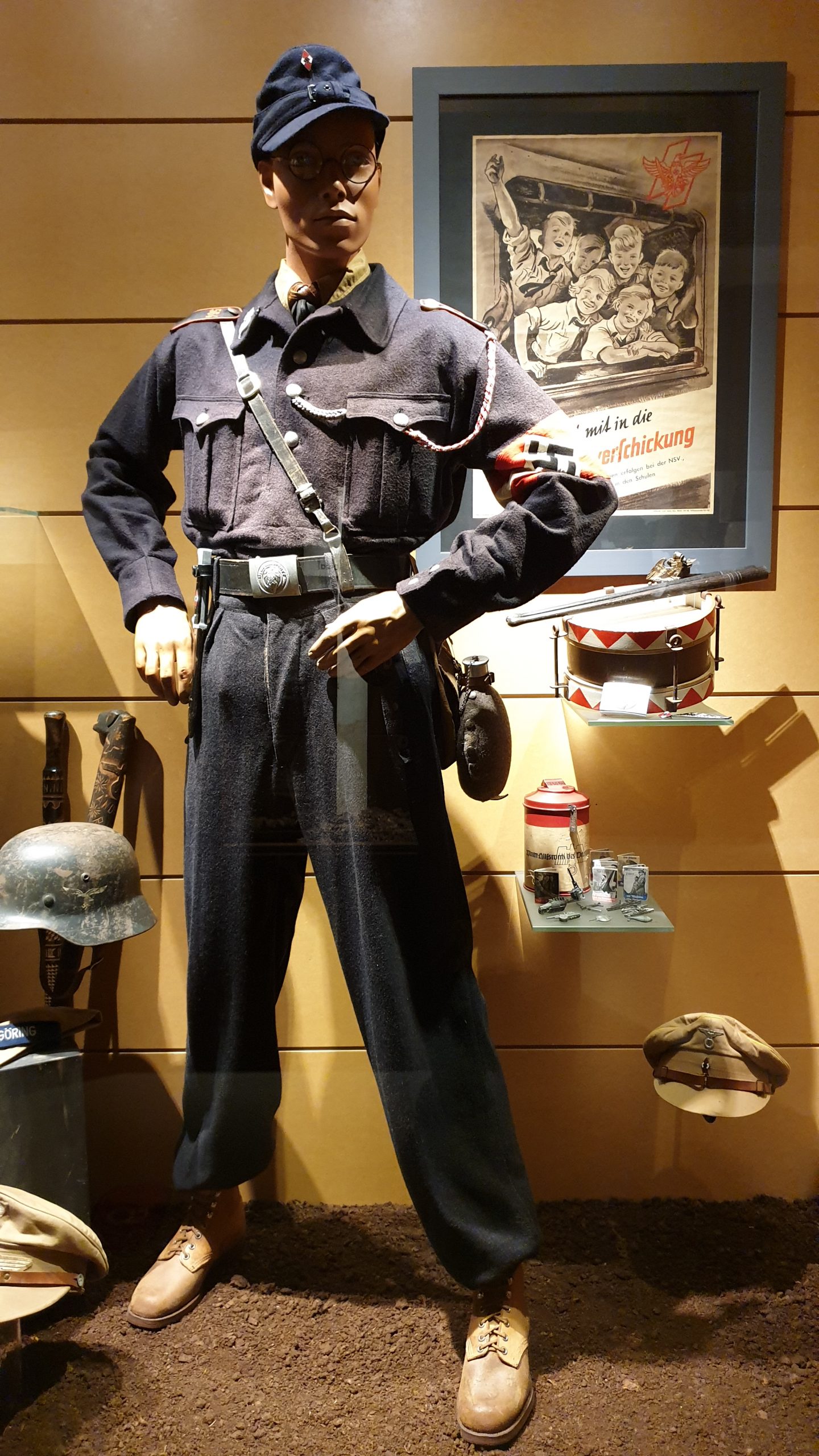 The German youth, on the other hand, has no interest in Hershey bars – he’s got a swastika on his shoulder, and he’s got those round glasses. Maybe Germans in the 1940s had bad eyes?

At Baugnez text is in French, German, English, and Flemish, so one can learn that the swastika symbolizes secret relations with the evil spirits, Geheimbeziehungen mit den Kräften des Bösen, or relations secrètes avec les esprits du mal.

Whereas I didn’t see a black manikin at La Roche, there was one here. 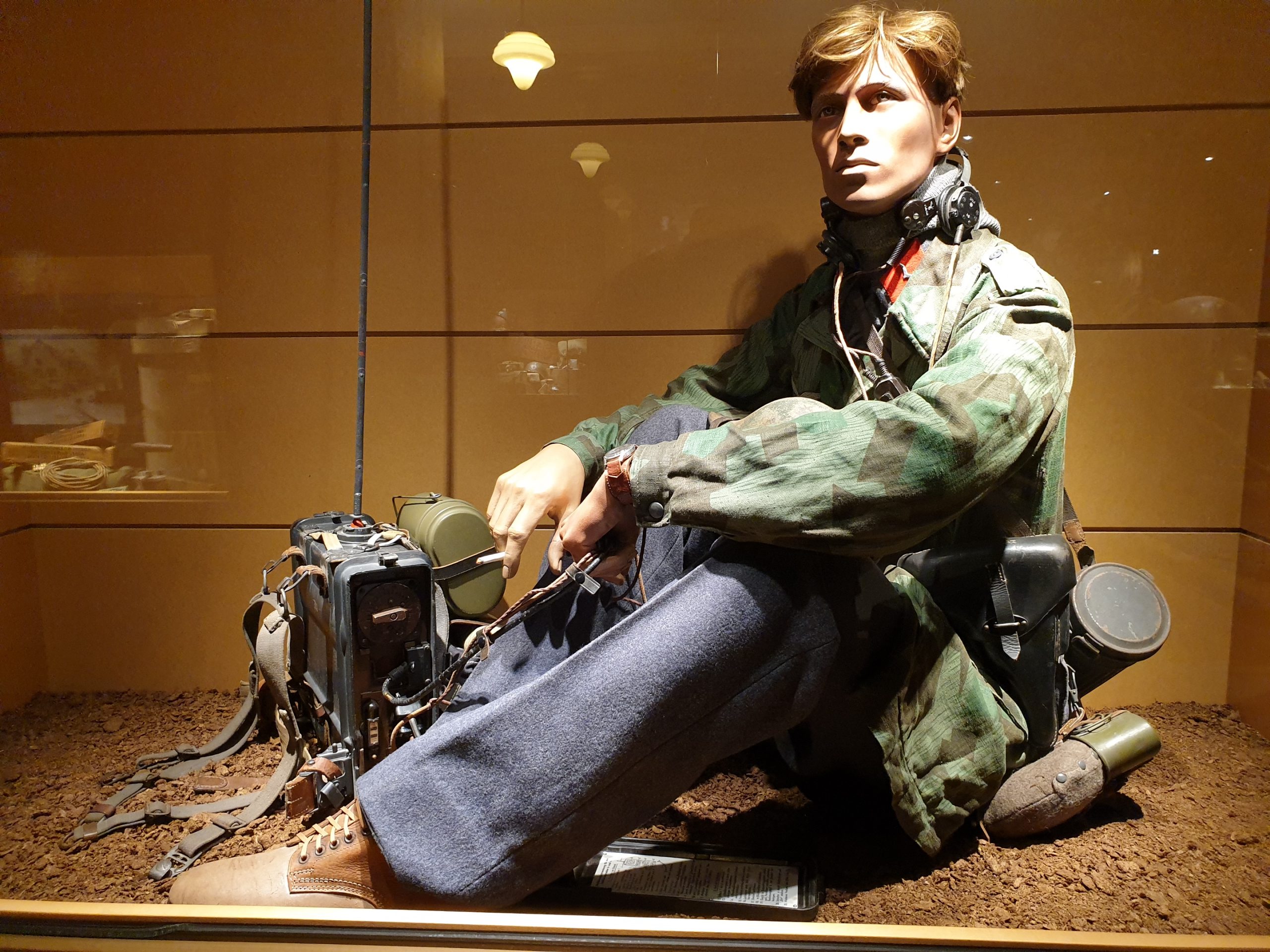 The portrayal of German soldiers at Baugnez seemed scrupulously even-handed in every way – the number of dioramas, facial characteristics, actions performed. The contrast here with La Roche was really quite striking. The La Roche museum tells the story of a Belgian town saved by gallant Americans from the occupation of feral Germans. At Baugnez Belgium is absent, and the story told is of the clash of two opposing armies.

There are two multi-media presentations at Baugnez which were quite effective, but there’s no way really I could photograph these. Both theaters are passages in corners of the building. In the first there are flashes of light and the sounds of battle, with photos of battle giving way to a black and white slide of the forest. There is silence and the quiet sounds of birds in the forest. Trees, and birds. And fear. You stand there looking at those trees, and listening. Listening. Searching the trunks, alert for the sound of a rifle, waiting for the slug to tear into you. It’s really effective. The second presentation shows a film of people shoveling snow away from the bodies of the machine-gunned American prisoners. There is snow falling on a field of bodies covered with snow. It feels cold.