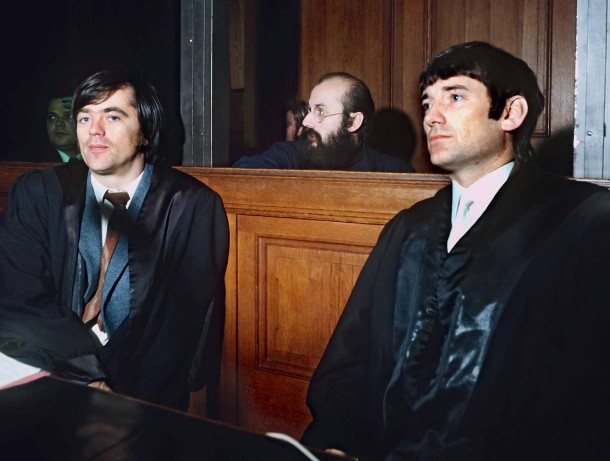 I did presentations on Mahler a couple times for language classes. For me over the years he’s been a figure in various RAF books, always imprisoned. The NPD involvement has always seemed a coda. It’s odd to see him described first as a Holocaust denier. 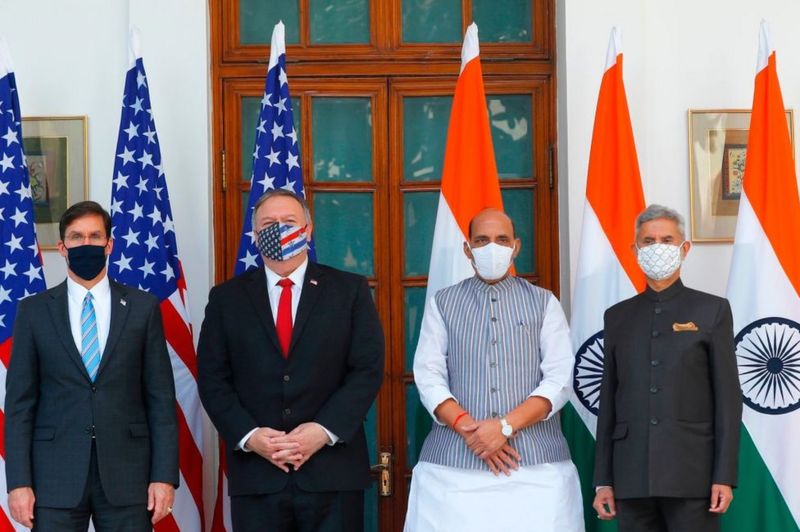 These men really are standing in front of multiple American flags and multiple Indian flags. They are. Pompeo is really wearing the Covid mask he appears to be wearing. 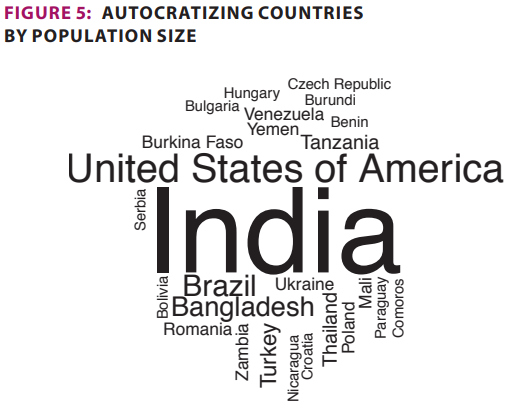 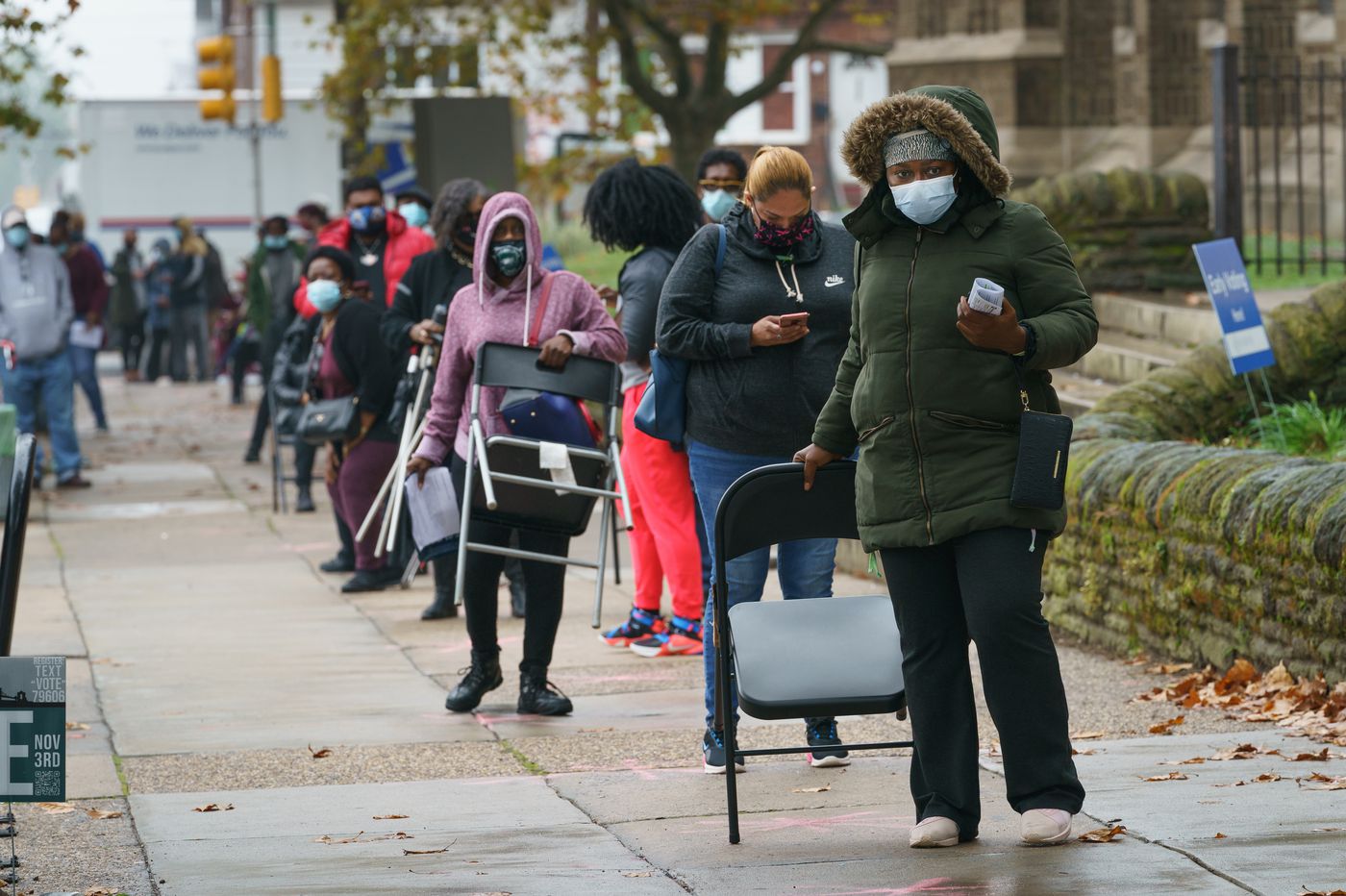 As Marlene Mills-Richardson walked out of Overbrook Elementary School [two miles directly north of the MOVE house bombed by Philadelphia police in May 1985 -mw], having just voted, she felt overwhelmed.

The line outside a satellite elections office in the West Philadelphia neighborhood Monday afternoon was even longer than it had been three hours earlier. That’s when she had arrived at the school, about 11 a.m., with her blue folding chair.

While she decried long lines outside Overbrook and elsewhere for early voting in the United States, Mills-Richardson, 70, was grateful her fellow Philadelphians were committed to making their voices heard.

Philadelphia voters said Monday that they were eager to cast their ballots and for the 2020 election to be over — and determined to make sure their vote counts.

Connie Hsu, 18, a University of Pennsylvania freshman, waited with two other college students for an hour and a half at City Hall before they were told to get on a free shuttle to Julia de Burgos Elementary School in North Philadelphia, because the line at City Hall would take four hours.

Outside the elementary school, they waited more than an hour in a line of about 75 people before they got in. They all said they were excited to vote in one of the states expected to determine the winner.

“If I voted in my state, it wouldn’t have meant that much,” said Hsu, a Tennessee native who is registered in Pennsylvania.

Carol Kilgore, 64, said she requested a mail ballot twice, before deciding to go ahead and line up at 8:30 a.m. “I just want to vote and get it over with,” she said. “The stress involved is too much.”

There was also some confusion about where people could vote. Ann Cherry, 64, said she’d started at 7 a.m., driving around to three places that had been traditional polling places in the past before she finally made it to Tilden.

“It’s a lot of turmoil,” she said of the election. “I want to make my vote count.”

Frank Price, 69, a former police officer from Wynnefield, tapped his feet to Gospel music as he waited. As a person who is partially handicapped and uses a motorized wheelchair, he said voting on Election Day would be even more difficult for him than Monday’s long wait.

“I know on Nov. 3, it’s going to be so mammothly crowded,” said Price, who was about halfway through the line and had already waited nearly an hour and a half.

As a Marine, he said it’s ingrained in him to always respect the commander-in-chief, but he doesn’t think Trump is fit for the job. Like most in line, he was waiting to vote for Biden.

Trump, he said, is “not a good president. If he wins again, it’ll be devastating.”

These two motifs have been endlessly reproduced since the spring: x locale has just experienced a record number of Covid cases/deaths. The situation threatens to get out of control. You see this over and over and over again regardless of the name or language of the publication, the size or nationality of the location that is named.

Why is a new “record” continually newsworthy? Who, where, possesses a legitimate claim to having Covid under control? China? New Zealand? What is the effect on people consuming news media to continually be deluged with headlines about new record numbers? I’ve largely stopped reading the articles behind these headlines myself, only skimming to see what measures may affect me: what borders are closed/reopened, what mask requirements on the street are imposed/lifted. The numbers themselves have largely lost meaning. The fact that some particular figure constitutes a “record”, or a “new record” has never been of more than dubious value. 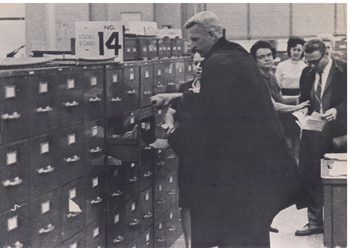 “How do we move from dissent to resistance?” The question was in the fore­front of consciousness among anti-war activists of the 1960s. As they watched the young refuse induction and go to prison, the question became critical: “What about us? How can we encourage them if we ourselves are not willing to share in their risk?”

“The Baltimore Four” was the first of more than 100 draft board actions across the country that spanned the years of 1967 – 1972.

I find this such an interesting insight, and one which sums up observations I’d been reading from people like Joschka Fischer regarding differences between the German Kanzler/Kanzlerin and the French President, Marc Bloch’s Les rois thaumaturges: Étude sur le caractère surnaturel attribué à la puissance royale particulièrement en France et en Angleterre. There’s a German “tut tutting” characteristic that really doesn’t lend itself to the role of leading European integration, and the CDU take on the world, man, just doesn’t begin to engage with the challenges of Covid, Covid bonds, Moria. It’s pretty easy to see why Fischer and Joffe look to Macron.

I’ve been seeing SF Gate and Los Angeles Times articles for some time referring to the color categories various California counties are in, and feeling pretty far removed from California I’ve not given it too much thought. UK press has headlines about various “tiers”, but I don’t live in the UK. What does it do to people to begin seeing their city/county/Land as characterized by one of three colors, corresponding to an official perception of the rate of virus infection? I remember years ago a supermarket cashier noting I obviously wasn’t a local because in response to the question “How’s it goin’?” I’d responded “I’m doing well, thanks” rather than “I’m good.” Grammar aside the vapidity of characterizing one’s state as “good” is certainly manifest. When Berlin is now “red”, this no longer means the SPD/Die Linke are in office, “green” no longer references Robert Habeck. Humans feel most comfortable within a limited range of ambiguity, and it may very well be that the German government will increasingly rely on a narrow set of category choices both to characterize Covid conditions and to determine responses. What will this do to the ways in which we tend to view the world in general terms, unrelated to Covid?

But when all the old certainties are shown to be lies, when the promise of a good life for a working family is shattered as factories close and corporate leaders, growing wealthier by the day, ship jobs abroad, the social contract is irrevocably broken. For two generations, America has celebrated globalization with iconic intensity, when, as any working man or woman can see, it’s nothing more than capital on the prowl in search of ever cheaper sources of labor.

Odious as he may be, Trump is less the cause of America’s decline than a product of its descent. As they stare into the mirror and perceive only the myth of their exceptionalism, Americans remain almost bizarrely incapable of seeing what has actually become of their country. The republic that defined the free flow of information as the life blood of democracy, today ranks 45th among nations when it comes to press freedom. In a land that once welcomed the huddled masses of the world, more people today favor building a wall along the southern border than supporting health care and protection for the undocumented mothers and children arriving in desperation at its doors.

When American friends ask for an explanation, I encourage them to reflect on the last time they bought groceries at their neighborhood Safeway. In the U.S. there is almost always a racial, economic, cultural, and educational chasm between the consumer and the check-out staff that is difficult if not impossible to bridge. In Canada, the experience is quite different. One interacts if not as peers, certainly as members of a wider community. The reason for this is very simple. The checkout person may not share your level of affluence, but they know that you know that they are getting a living wage because of the unions. And they know that you know that their kids and yours most probably go to the same neighborhood public school. Third, and most essential, they know that you know that if their children get sick, they will get exactly the same level of medical care not only of your children but of those of the prime minister. These three strands woven together become the fabric of Canadian social democracy.

That social democracy will never take hold in the United States may well be true, but, if so, it is a stunning indictment, and just what Oscar Wilde had in mind when he quipped that the United States was the only country to go from barbarism to decadence without passing through civilization.

The chasm here between the society of the American Safeway shopper and the check-out staff is exactly the gap which Peter Temin addresses.

With the American social contract, such as it was, irrevocably broken, what does the US of the 21st Century look like? Here is a society unwilling to even consider social democracy.

The Davis article was cited by Sarah Pines. This is the truth which I’ve seen several German journalists refer to yet is absent from US and UK media coverage of the 2020 US presidential campaign. There seems a spasm of symbolic combat to dethrone the US president and no attention given to his use as scapegoat. What happens when combatants wake up the morning after the mêlée and find themselves surrounded by a shambles which has not disappeared but has rather been increased by their struggles?

I remember many years ago being surprised to hear Adam Smith referred to as an early American, and surprised to realize that while many of my peers would easily say “Wealth of Nations” when they heard “Adam Smith” in a sort of reflexive Jeopardy! response, very few had actually read The Wealth of Nations, just as if you said “Das Kapital” people might easily answer “Karl Marx” without having ever glimpsed the work, or without even having any idea how many volumes it is comprised of. Sarah Pines is writing of Americans, and America, and chooses to begin with ideas of Adam Smith and Alexis de Tocqueville. Her giving the French title here caused me to pause and reflect: how many Americans read French? I remember in my teens my dad giving me de Tocqueville to read, in English, of course, but how many line dancing-Philadelphians are familiar with de Tocqueville in any language? One can certainly argue individuals are shaped by their society’s myths without being consciously familiar with them, but I wonder if the very term “their society”, the idea of a unitary society, is perhaps of little validity. I wonder if Peter Temin’s application of the model of a dual economy to the US is really quite necessary to understand the country in 2020.