The museum is jammed full of dioramas, letters, photographs, models, posters – it’s got the feel of a museum. There are three floors, the first focuses on the Ardennes, and relates the experience of the inhabitants. Photographs show the destruction of La Roche from allied bombs, newspaper articles tell the story of suffering. Poignant string music plays. The second floor tells of the allied liberators. A short video on the wonders of Bletchley Park plays, with dramatic martial music and a dramatic narrator. The third, smallest floor under the eaves shows the German side of the battle. There is no music or video on the third floor. Text on all three floors is in French, Flemish, and English. 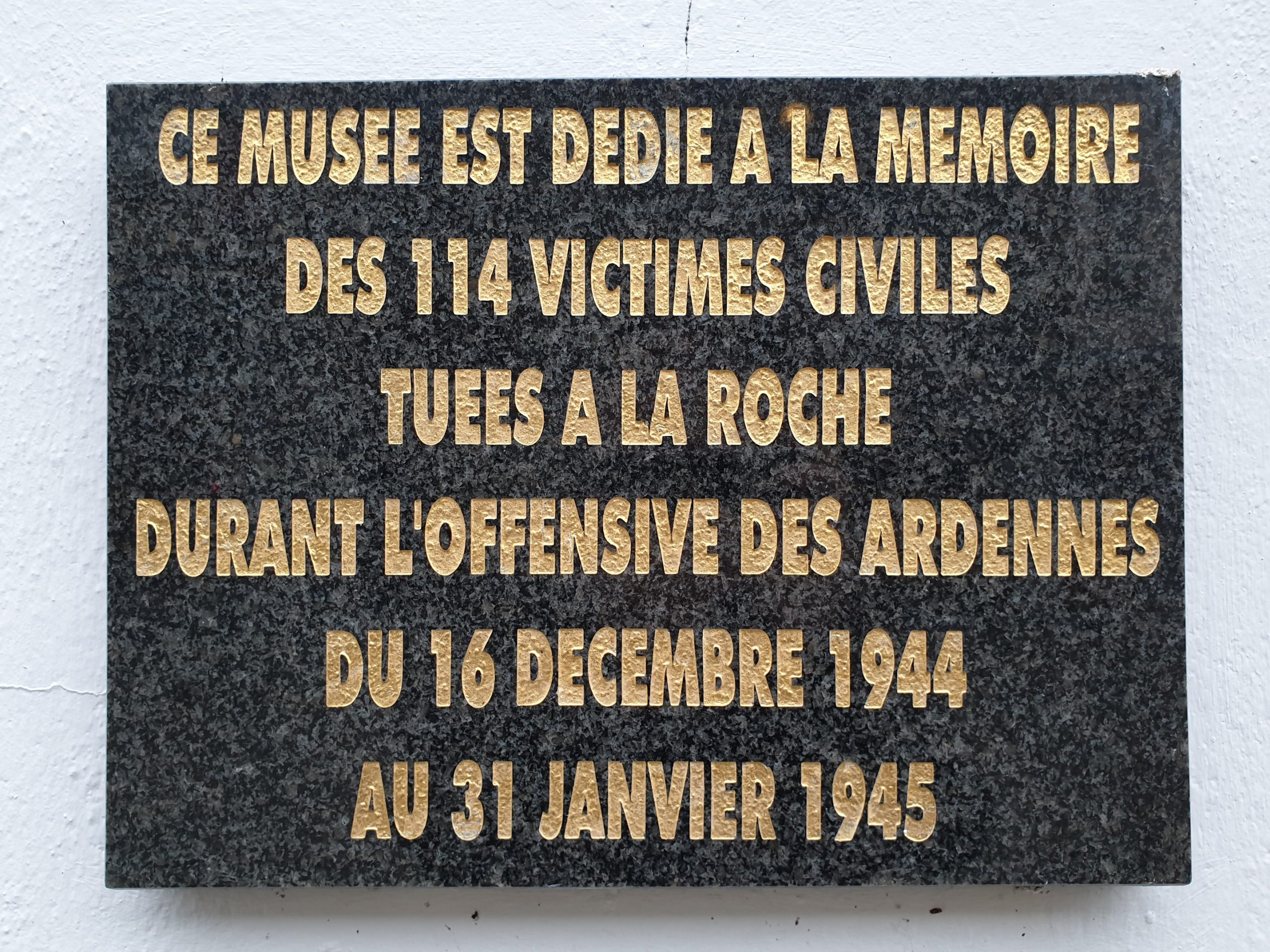 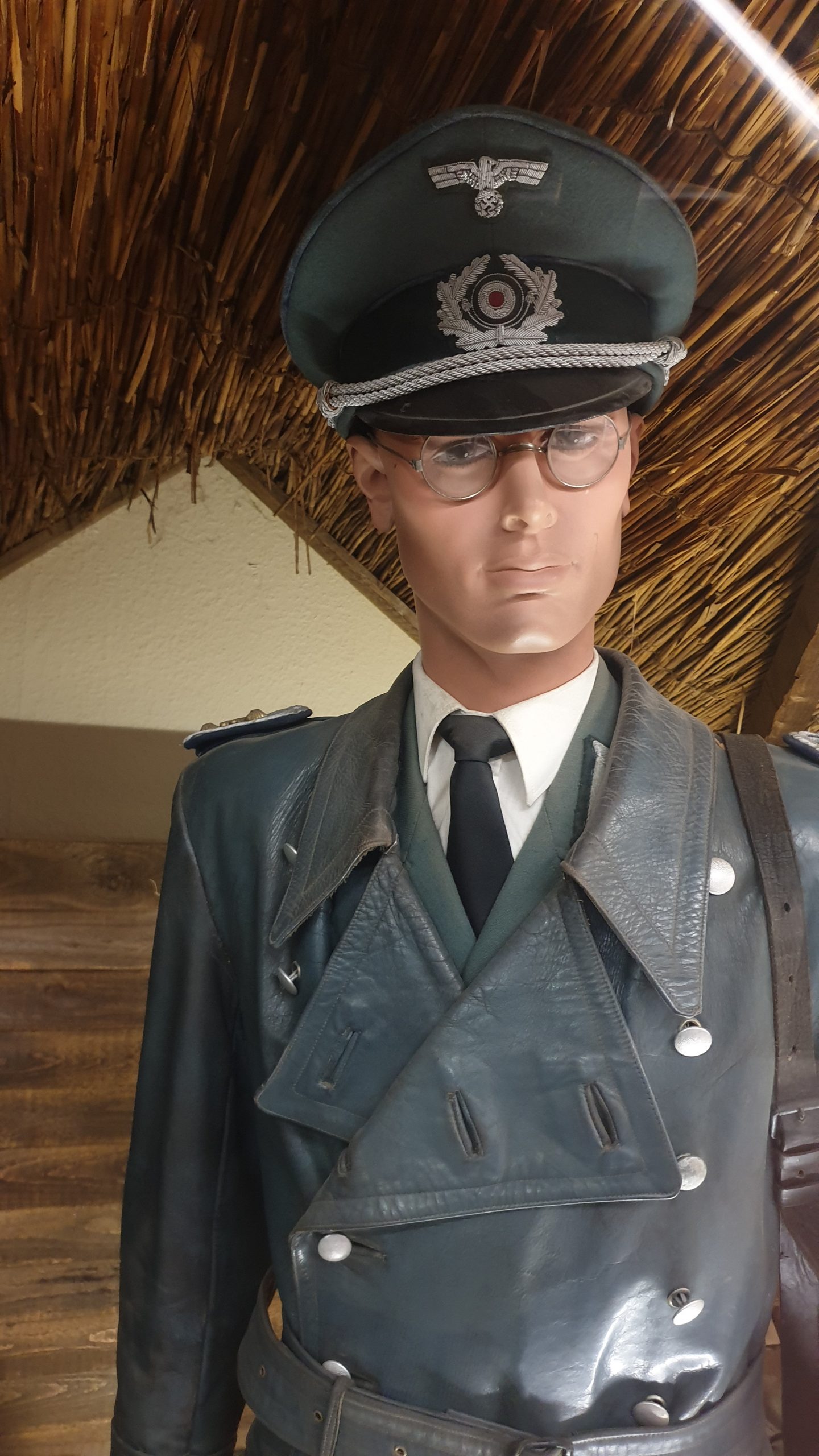 Several of the German manikins sport wire-rim glasses. Not one of the American or English manikins does. Because, you know: Nazis. 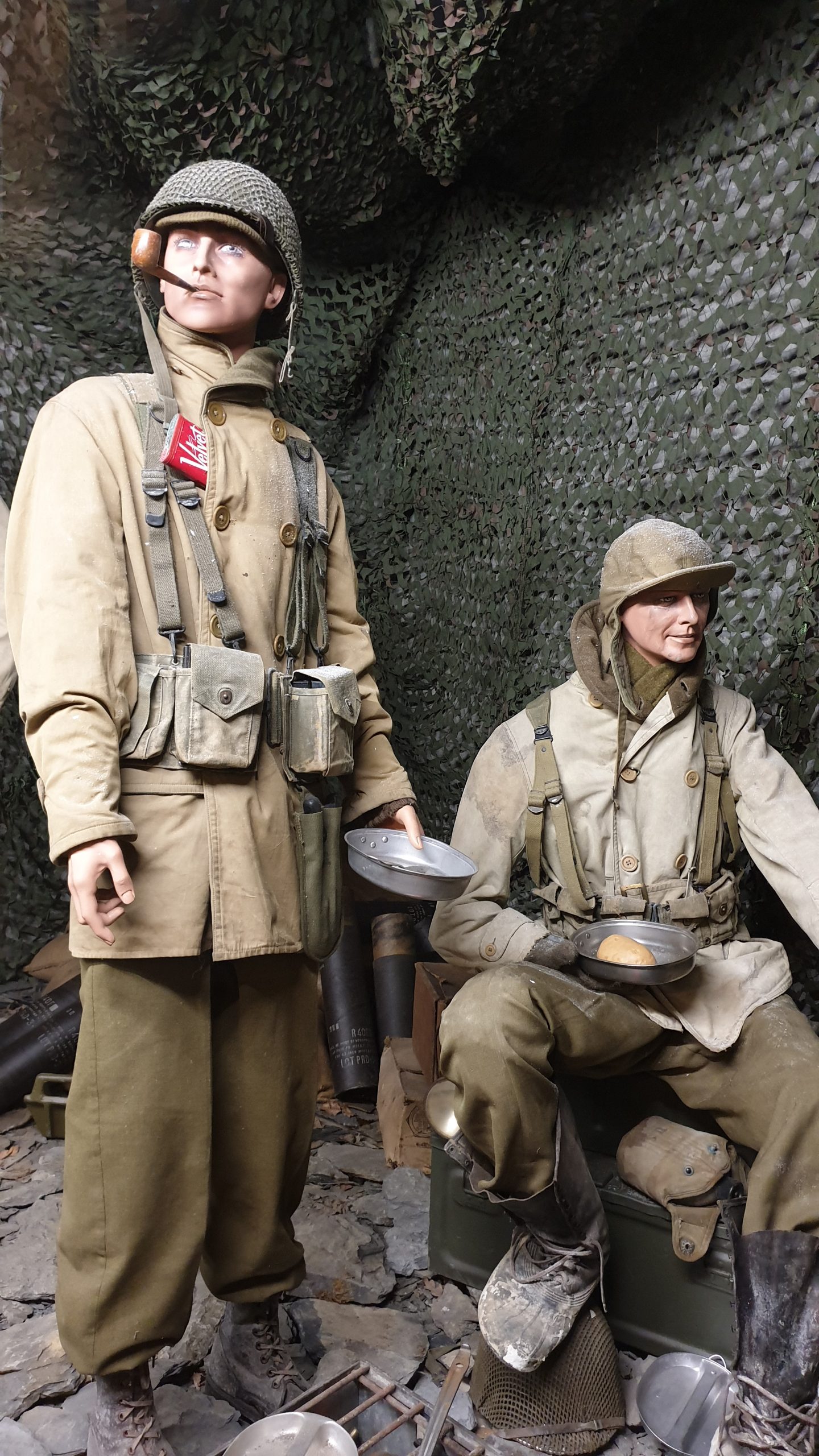 American GIs smoke a pipe and cook up some potatoes, like you or I would. 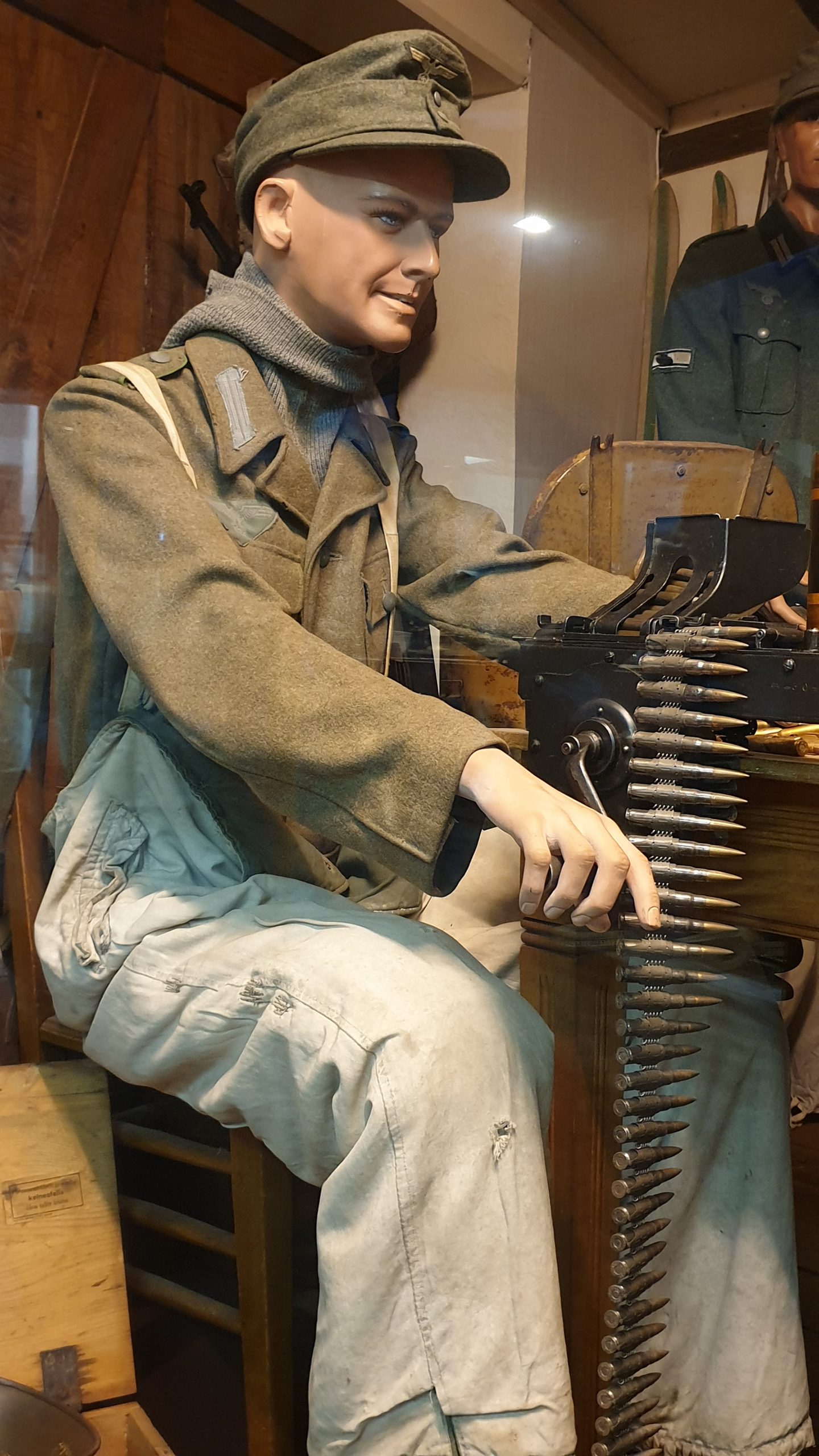 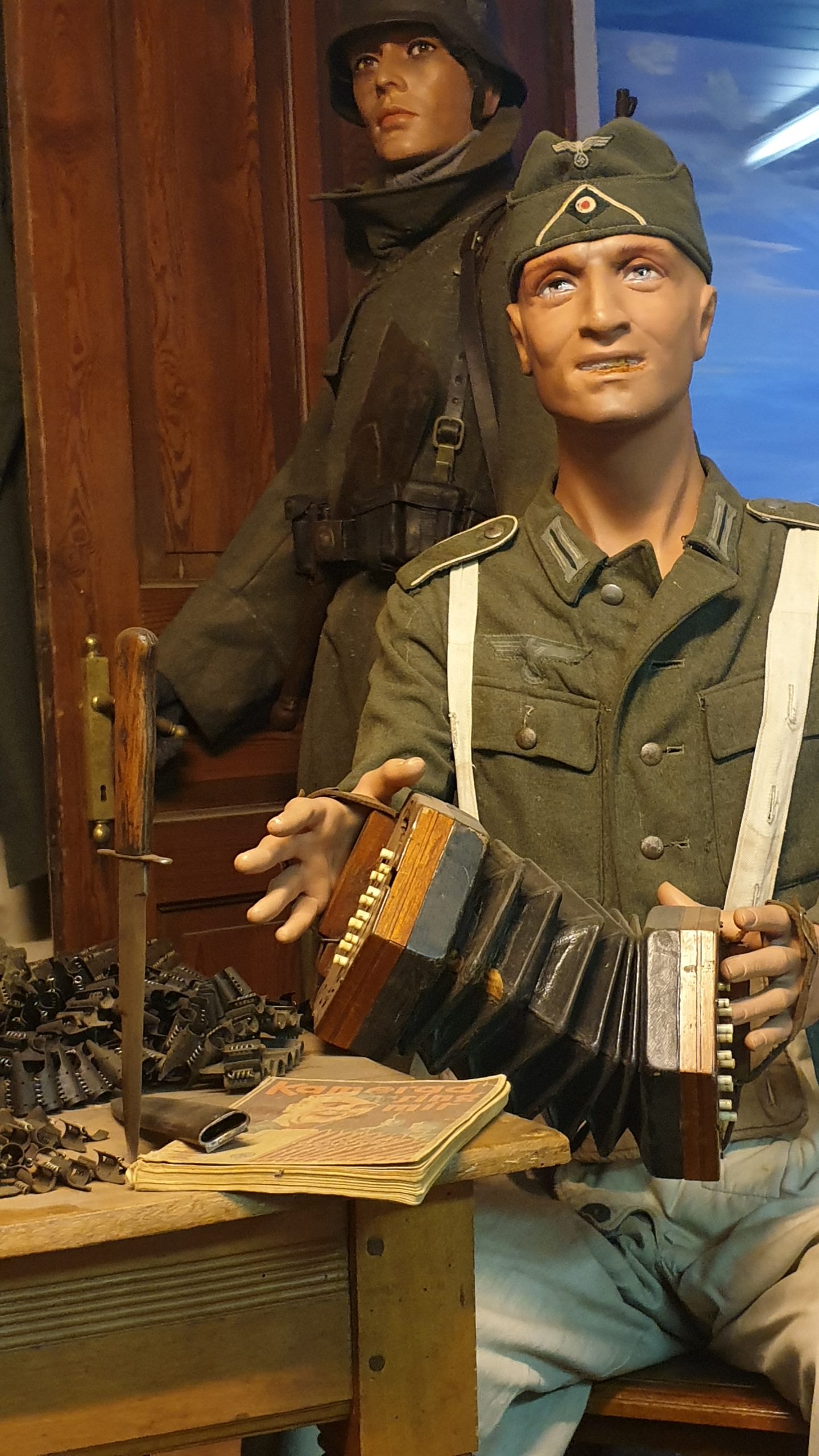 Perhaps this German soldier keeps a knife stuck in the table in front of him so he can use it to sharpen his teeth when he’s not playing the concertina?