I saw this exhibition at Topographie des Terrors last night, and Einige waren Nachbarn at Wannsee this morning. 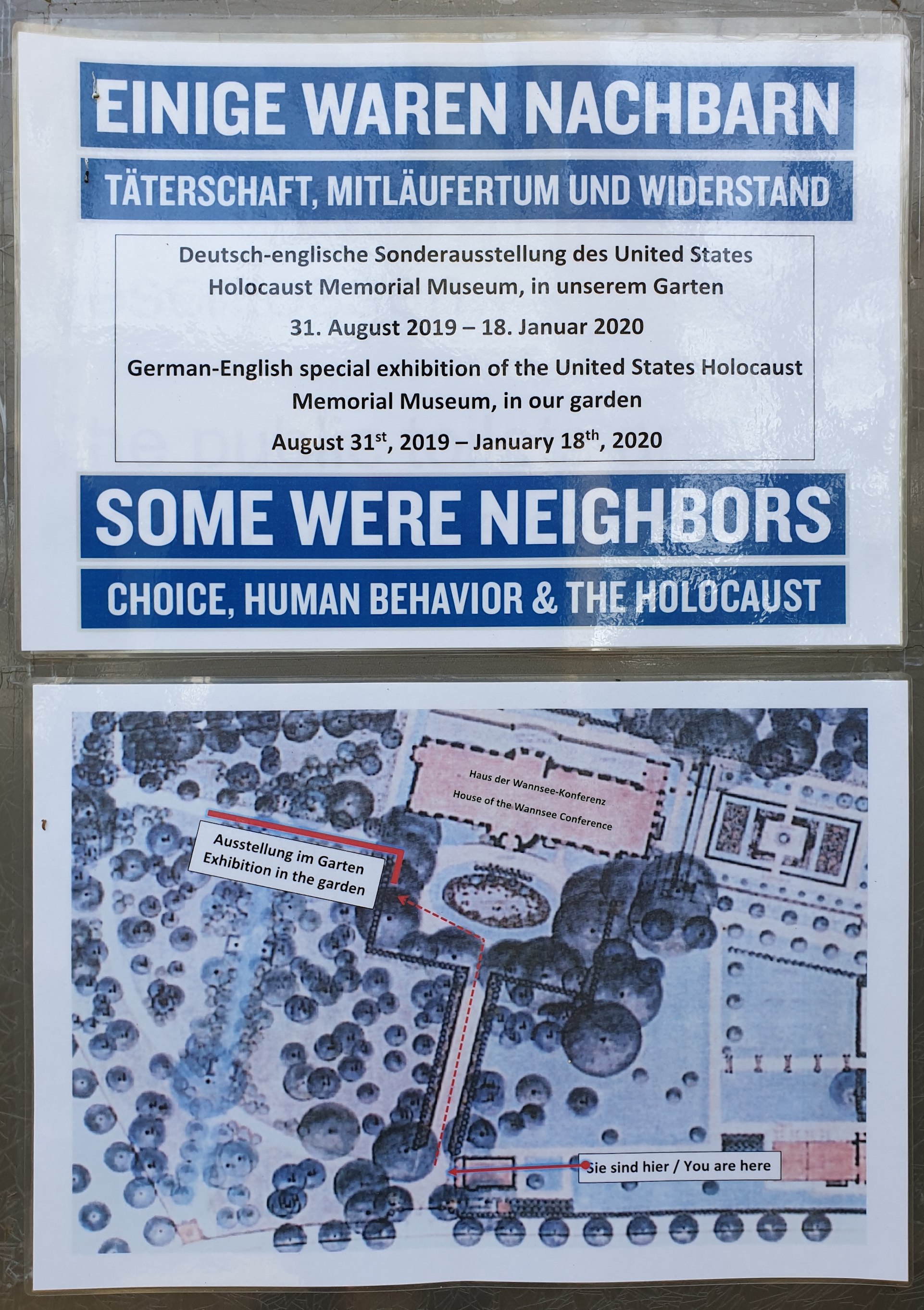 The US exhibition was pretty trite. Read the English subtitle. This is some pretty strange stuff: it’s like coddling obese adolescents of all ages. I felt like I’d returned to San Francisco without having to purchase an airline ticket. In 2019 hearing Americans wonder how people can commit genocide is just bizarre.

The exhibition of Dutch photographs was for me wrenching, because I had been at Westerbork less than a month ago, and just finished reading Beevor’s Arnhem. The Dutch explanation at Westerbork was very much that of impotent passive bystanders: the Germans had invaded and occupied the Netherlands; the Germans had killed Dutch Jews. In the exhibition at Topographie des Terrors photo after photo showed the Dutch police, Dutch railway personnel, marches of Dutch fascists. Captions explained how Dutch administrators had passed countless laws which over time isolated Jews, making deportation easier.

One still had to read between the lines. Rotterdam was bombed and the Netherlands surrendered, no details given. In the winter of 1944-45 “because of the war” food was scarce and tens of thousands starved, with no indication the Nazis programmatically denied food to the civilian population as a reprisal mechanism.

What stays with me are the faces of Dutch Jews, photographed at school plays, at weddings, but especially the Jews in Breslauer’s Westerbork film. There is a seven minute segment of a train loading for the east, for Sobibor and Auschwitz. People line up obediently, wait their turn, wave. They wave from the windows of regional passenger cars, and they wave from the openings of boxcars. They trust in the Jewish council, they trust in their Dutch police, they trust their Dutch government officials. Everything will be alright. 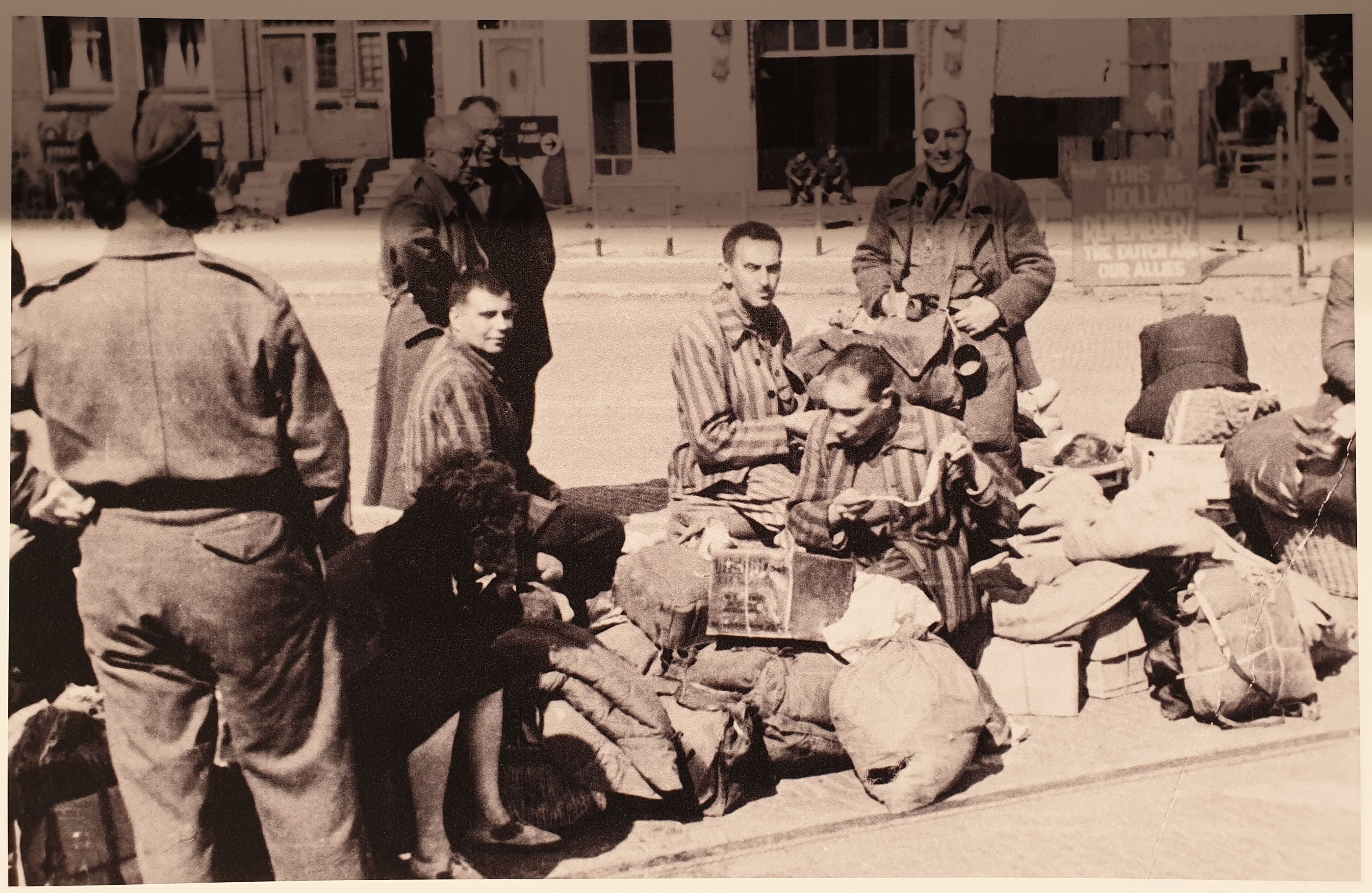 June 1945. Survivors of Bergen-Belsen at Einhoven, on their way home. Notice the sign in the background.