California: over 50,000 without power amid extreme wildfire risk 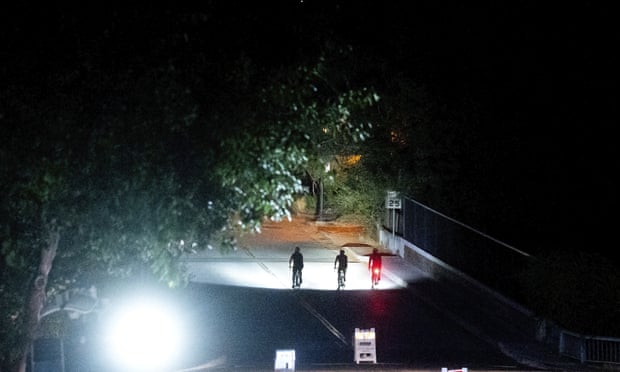 Bikers ride through the Montclair district of Oakland, California, where power is turned off, on 15 October. Photograph: Noah Berger/AP

Thousands of people in northern California were without power on Thursday amid an autumn heatwave that brought another round of extreme wildfire danger.

The utility company Pacific Gas & Electric (PG&E) began shutting off power Wednesday evening to about 50,000 customers – about 100,000 people – in portions of 24 counties, mainly in the Sierra Nevada foothills and the San Francisco Bay Area. Another 20,000 people were expected to lose power later on Thursday.