… and the walls came down 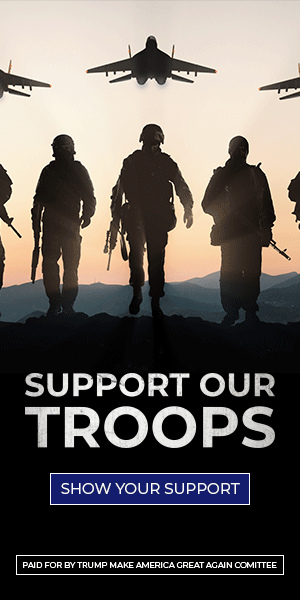 A digital ad released by a fundraising arm of the Trump campaign on Sept. 11 calling on people to “support our troops” uses a stock photo of Russian-made fighter jets and weapons.

Ruslan Pukhov, director of the Centre for Analysis of Strategies and Technologies in Moscow, confirmed that the planes are Russian MiG-29s, and also said the soldier on the far right in the ad carries an AK-74 assault rifle.

The Trump Make America Great Again Committee is run by both the Republican National Committee and the campaign.