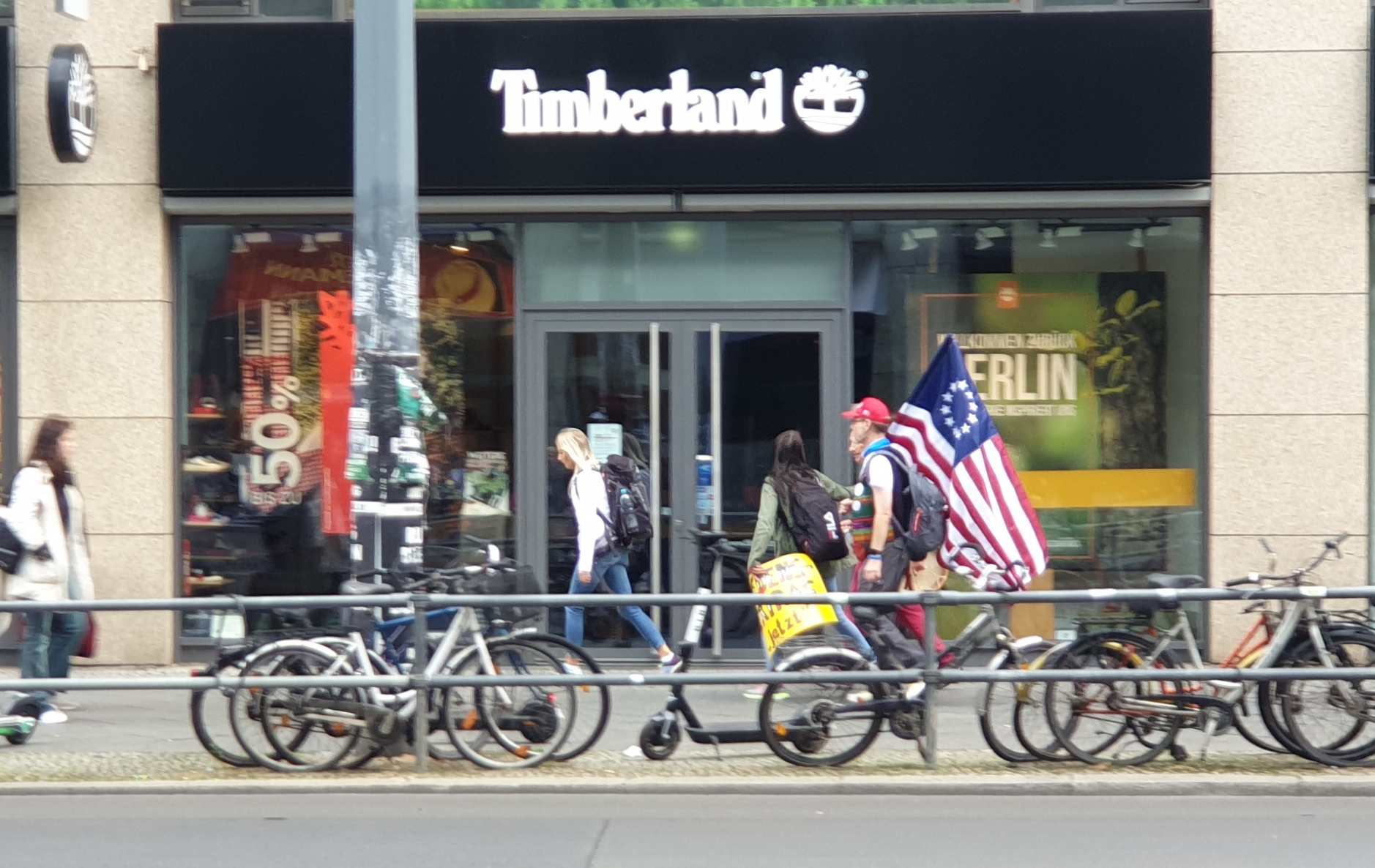 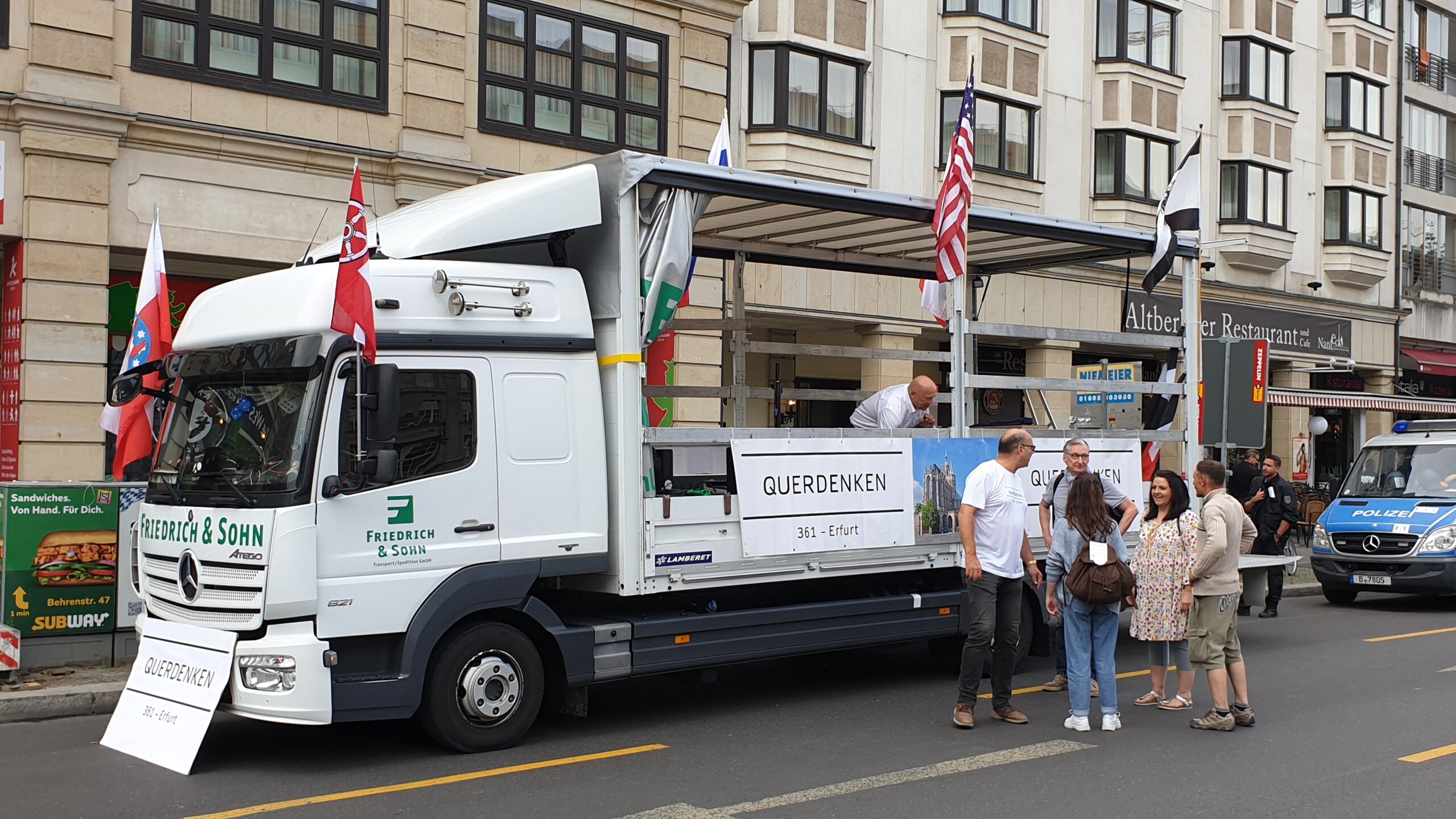 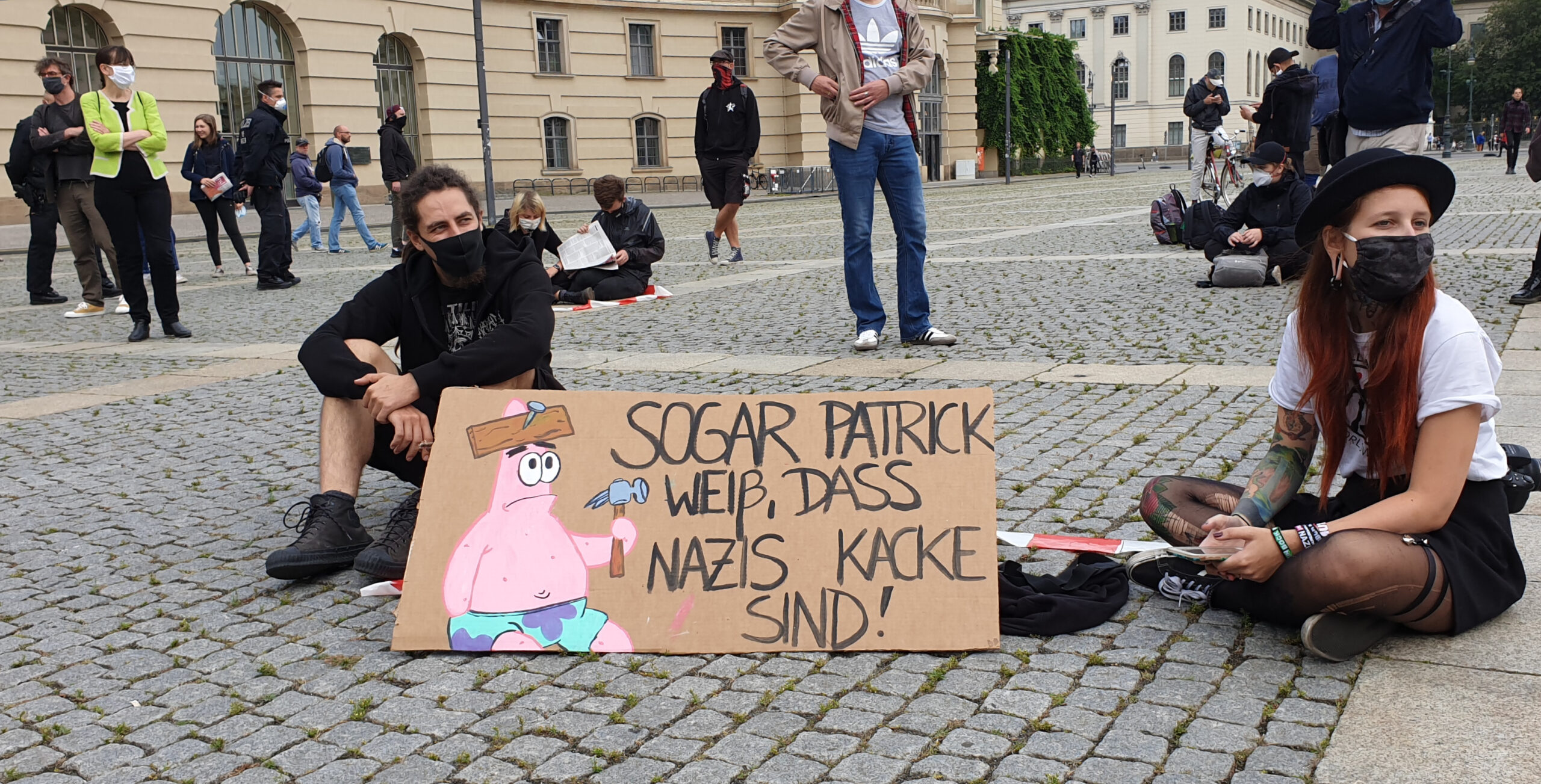 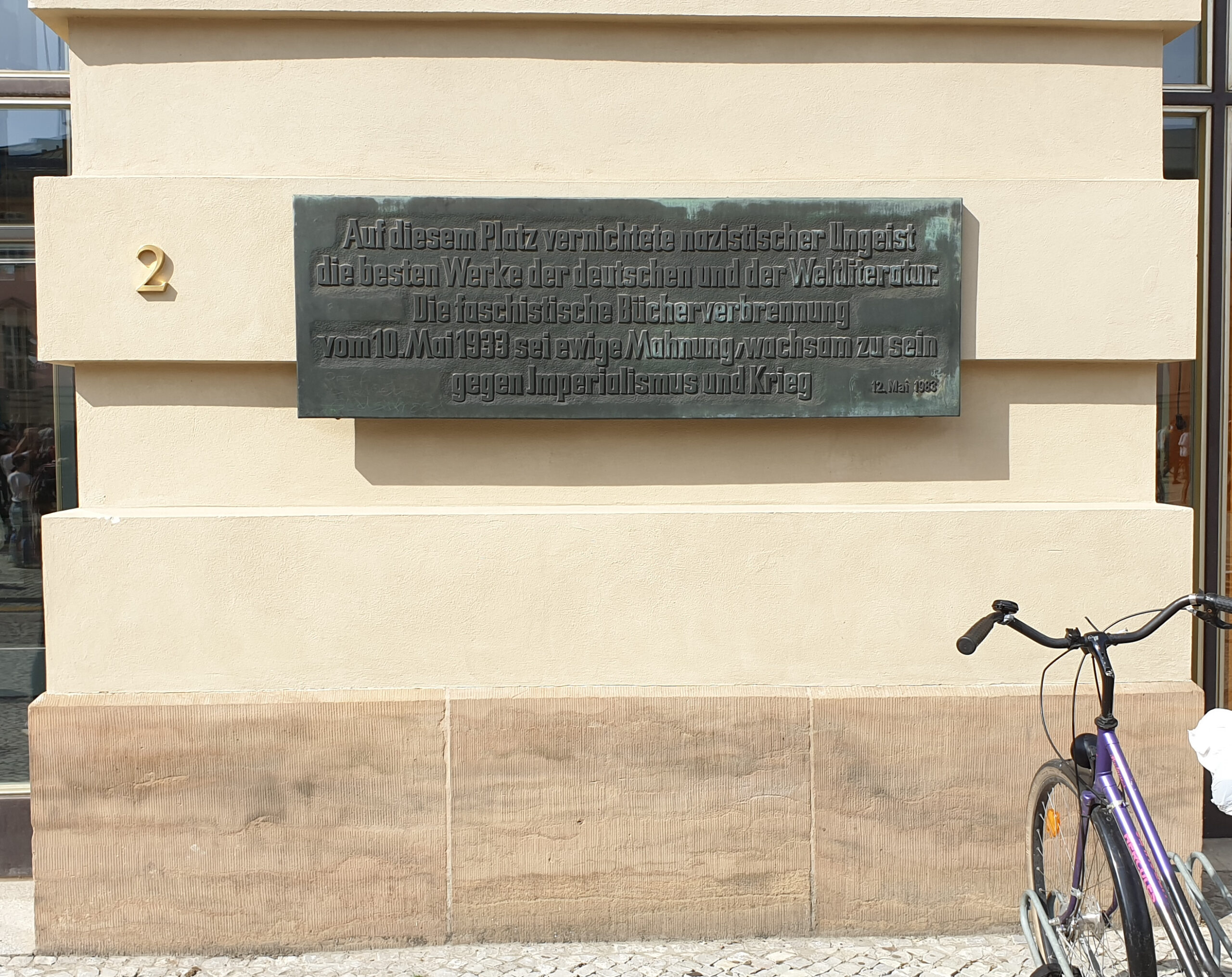 Music and speakers were rather aggressive for my genteel sensibilities. Several speakers admonished us to keep the regulation distance, and pointed out that keeping distance helped us occupy the square, denying it to the right-wing. I’m all about occupying stuff, but in this case we were at the end of the square away from Unter den Linden. Speakers here couldn’t be seen from the street, and no one was disputing control of the area. Several times speakers forcefully stated masks were required to be worn by those in the square, so if you weren’t willing to wear a mask, well then you should leave! It was a militant bunch of mask-wearers, let me tell you. And I can be a militant sort of fellow, but this morning I decided to spend my time out at the street with the police and the occasional fascist. 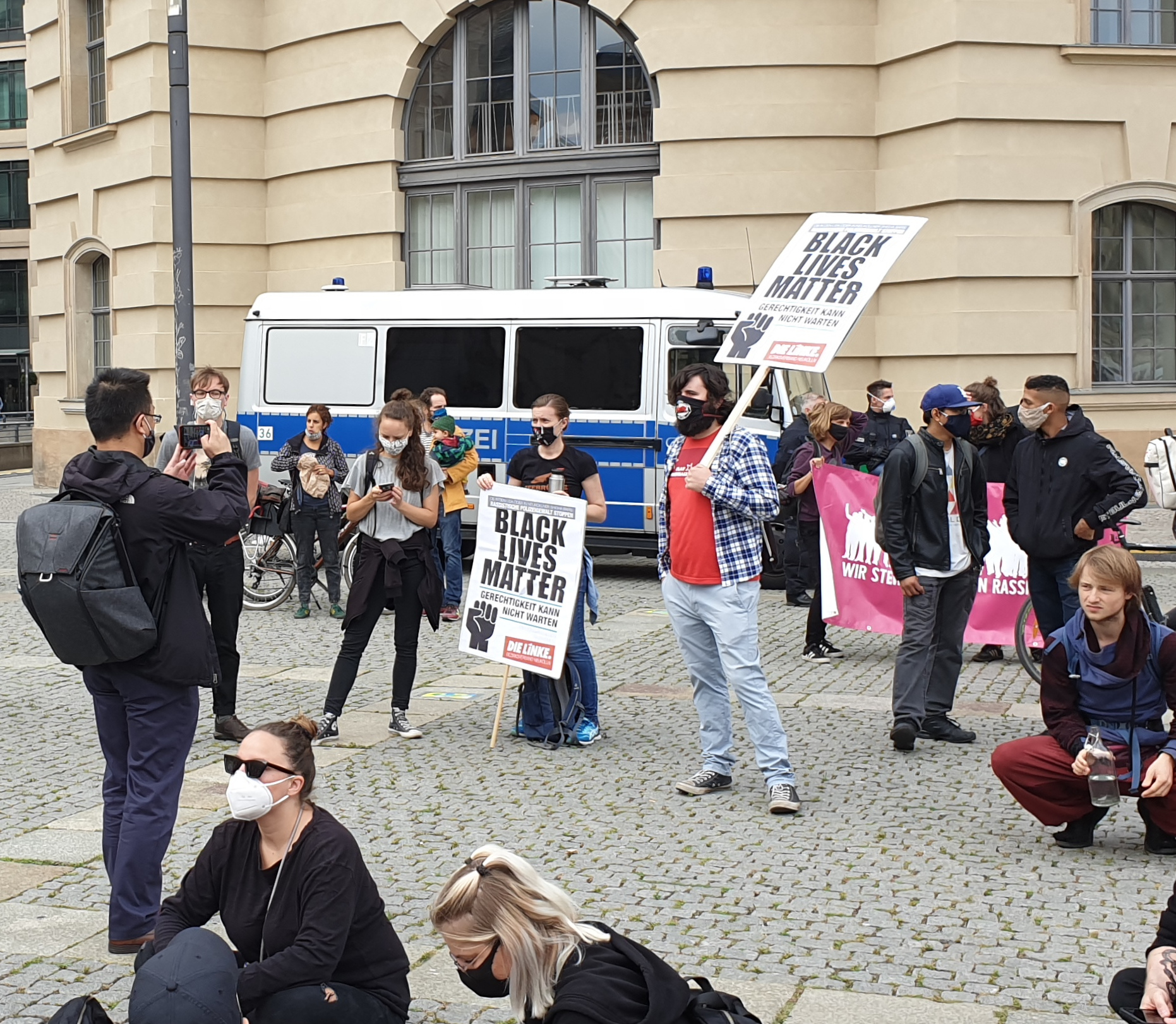 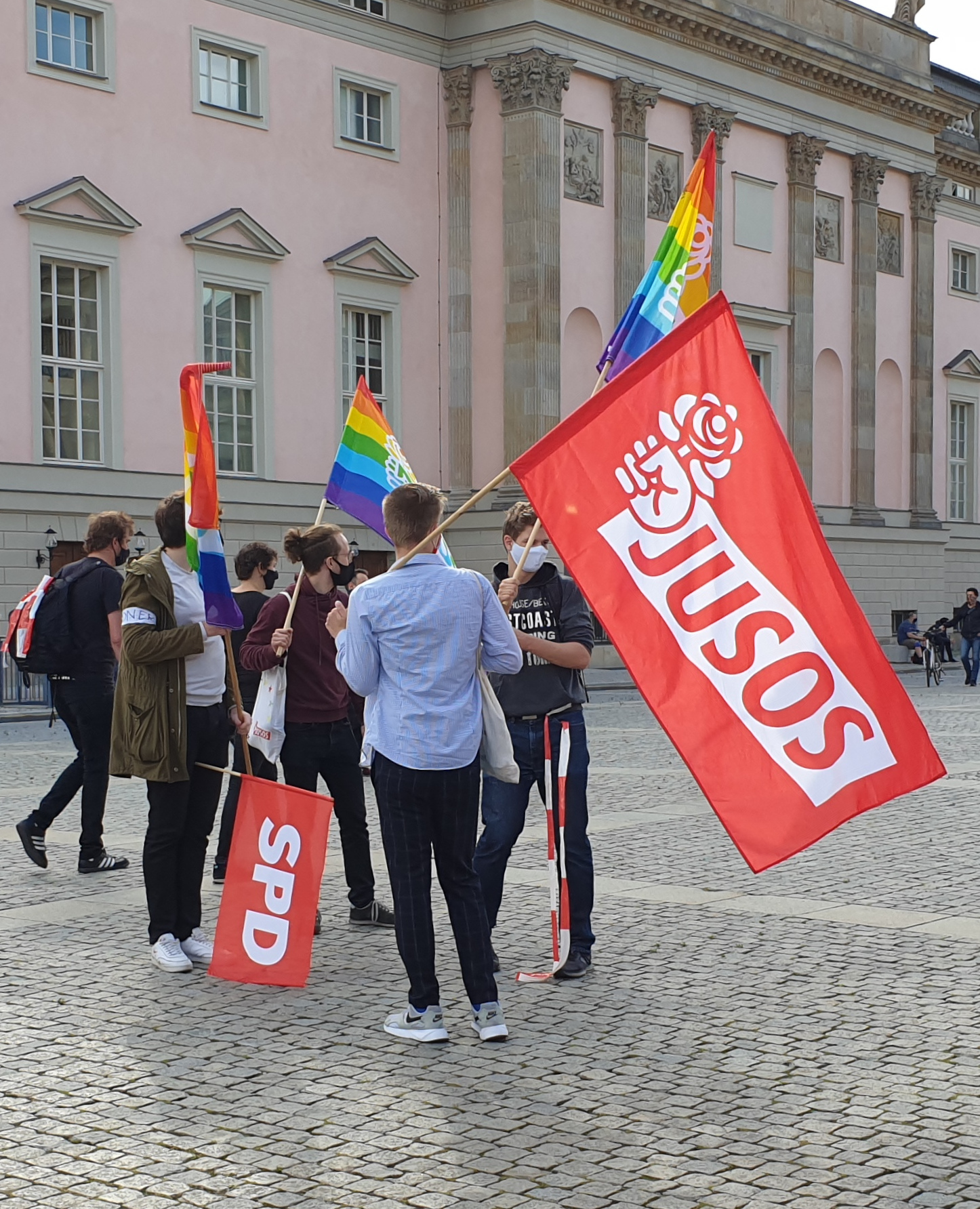 Die Linke youth were out as well as the SPD. 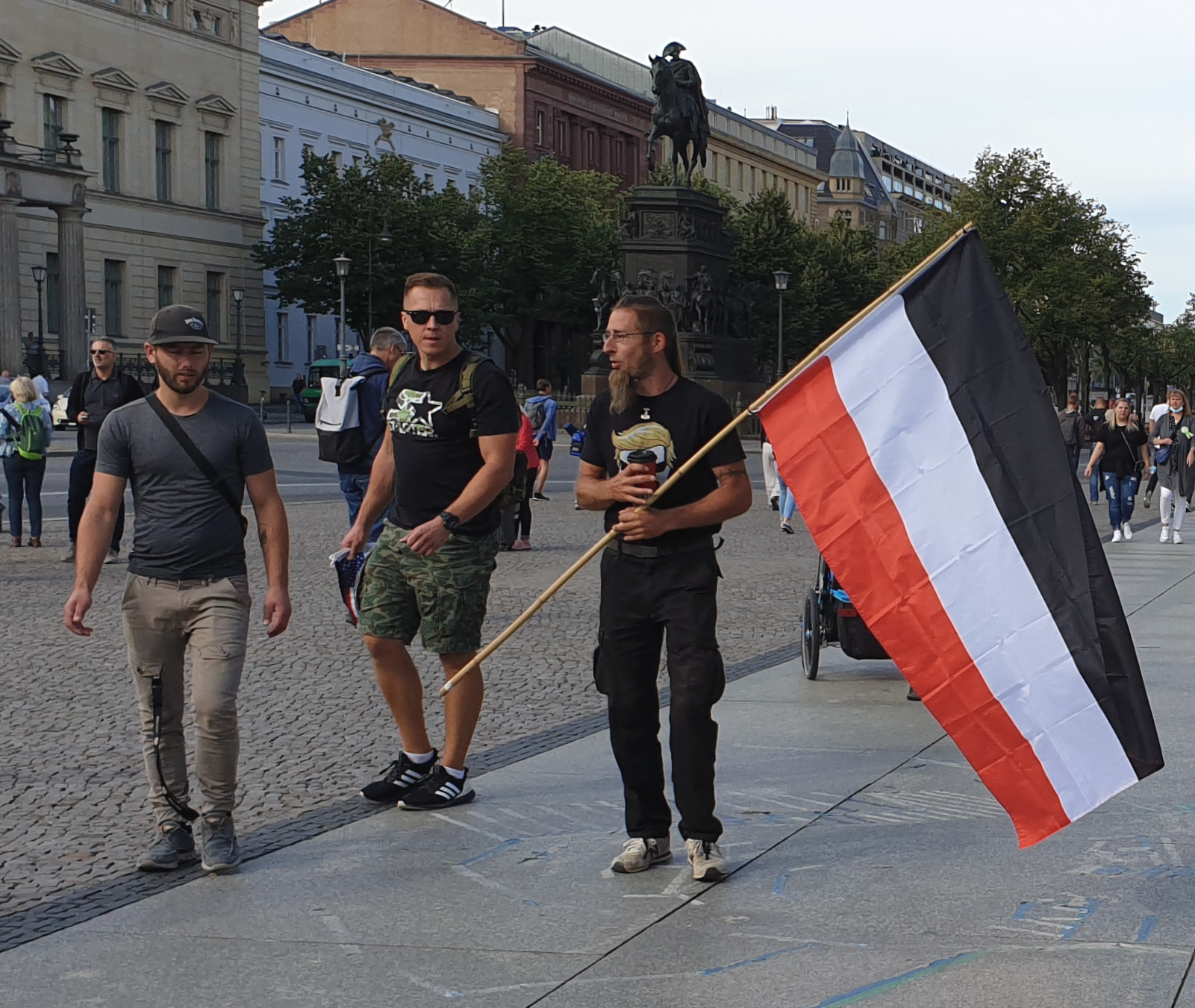 Recognize the colors? The Weimar Republic was where everything really started going down hill, don’t you think? Ah, for the good old days.… The middle fellow in camo shorts (always a good idea tactically to blend in with your surroundings) has a stack of American flags in his hand. 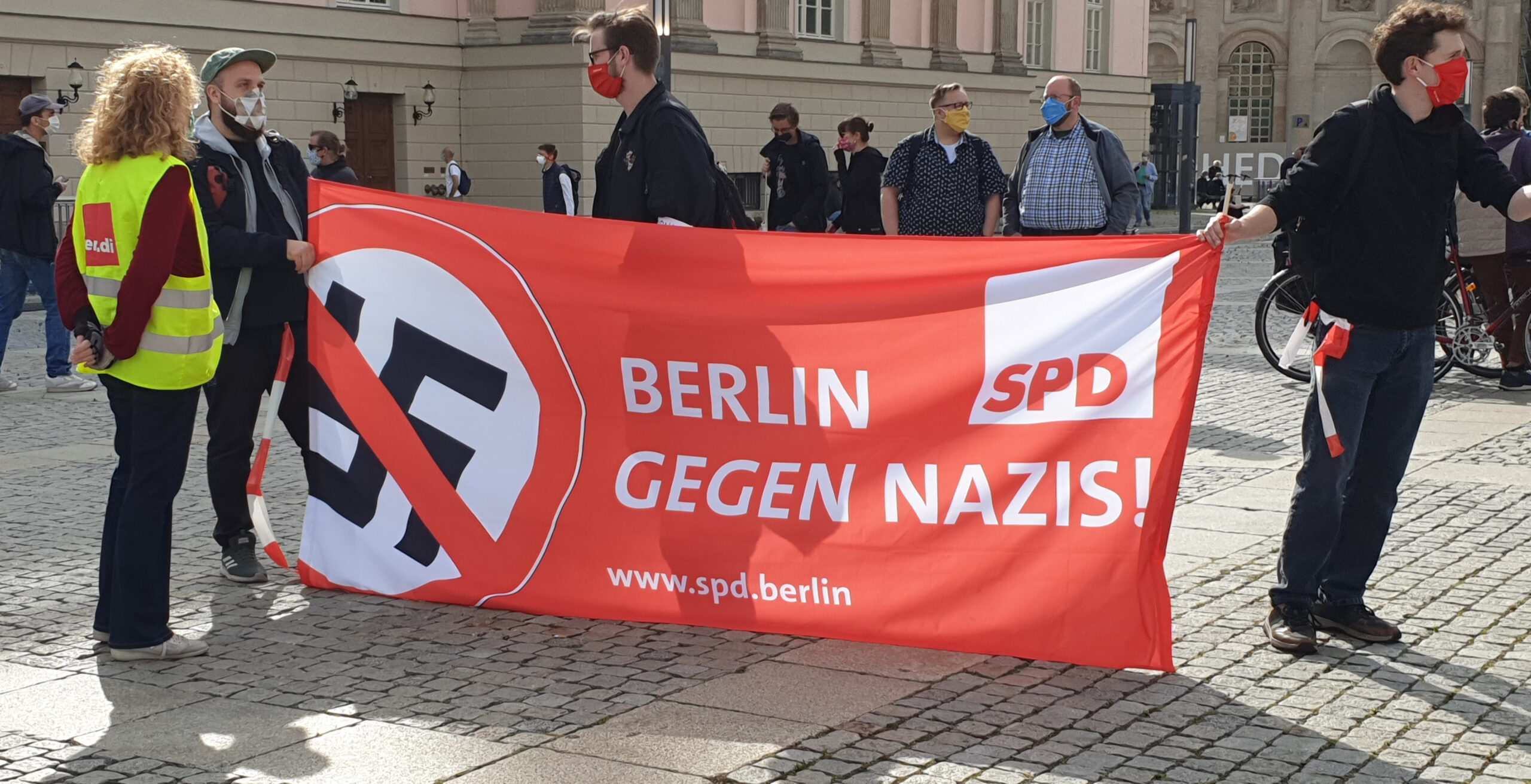 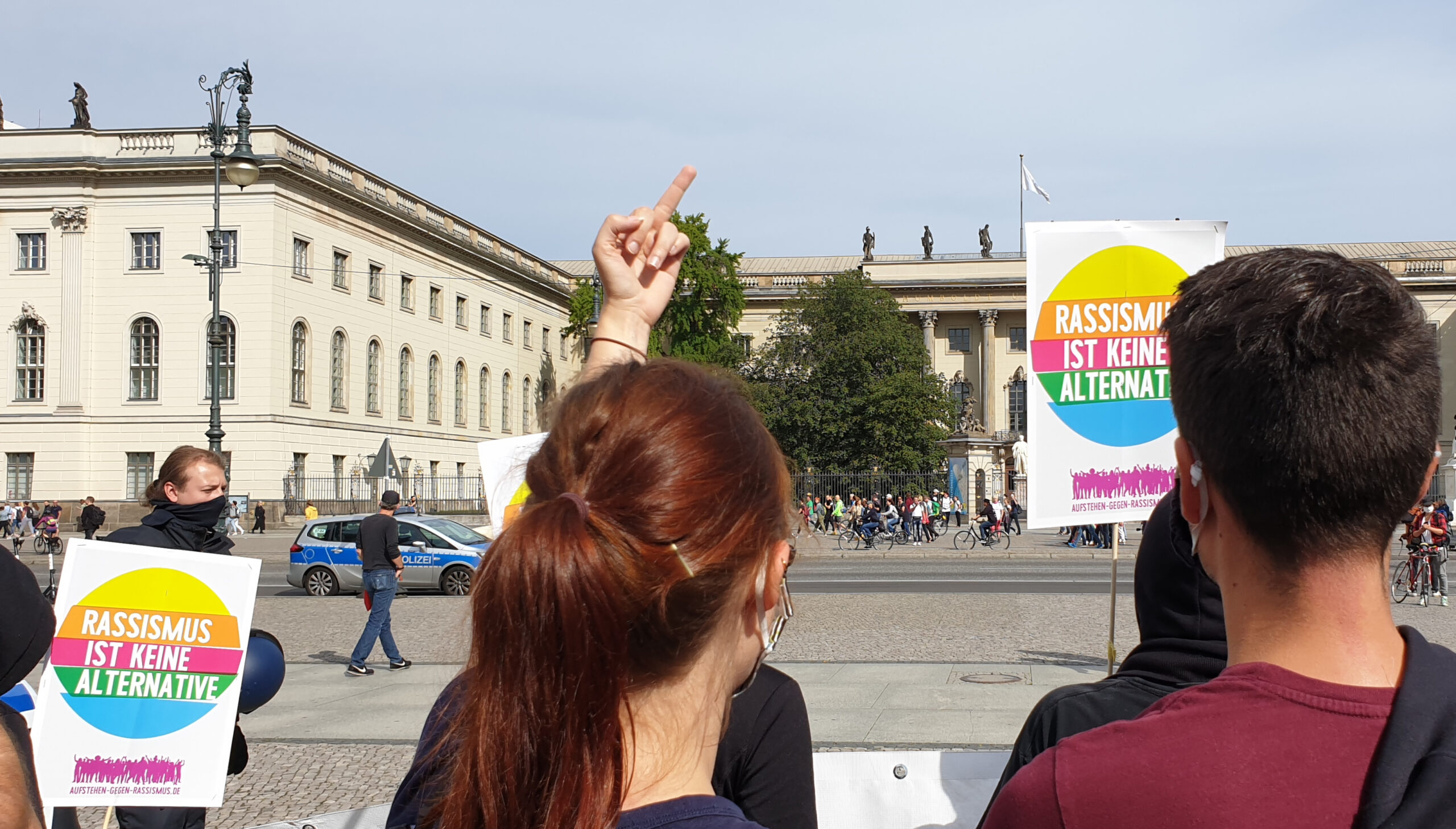 This woman kept her arm extended for some time. For those who don’t recognize this location, we were at Bebelplatz, on Unter den Linden, opposite Humboldt University. Across the street there are many people going to anti-Corona activities, but there are also tour groups, sight-seers, American software engineers with an interest in history. It’s a city street. There is no counter-demonstration across the way. She is bravely flipping off people who are walking down a city street. 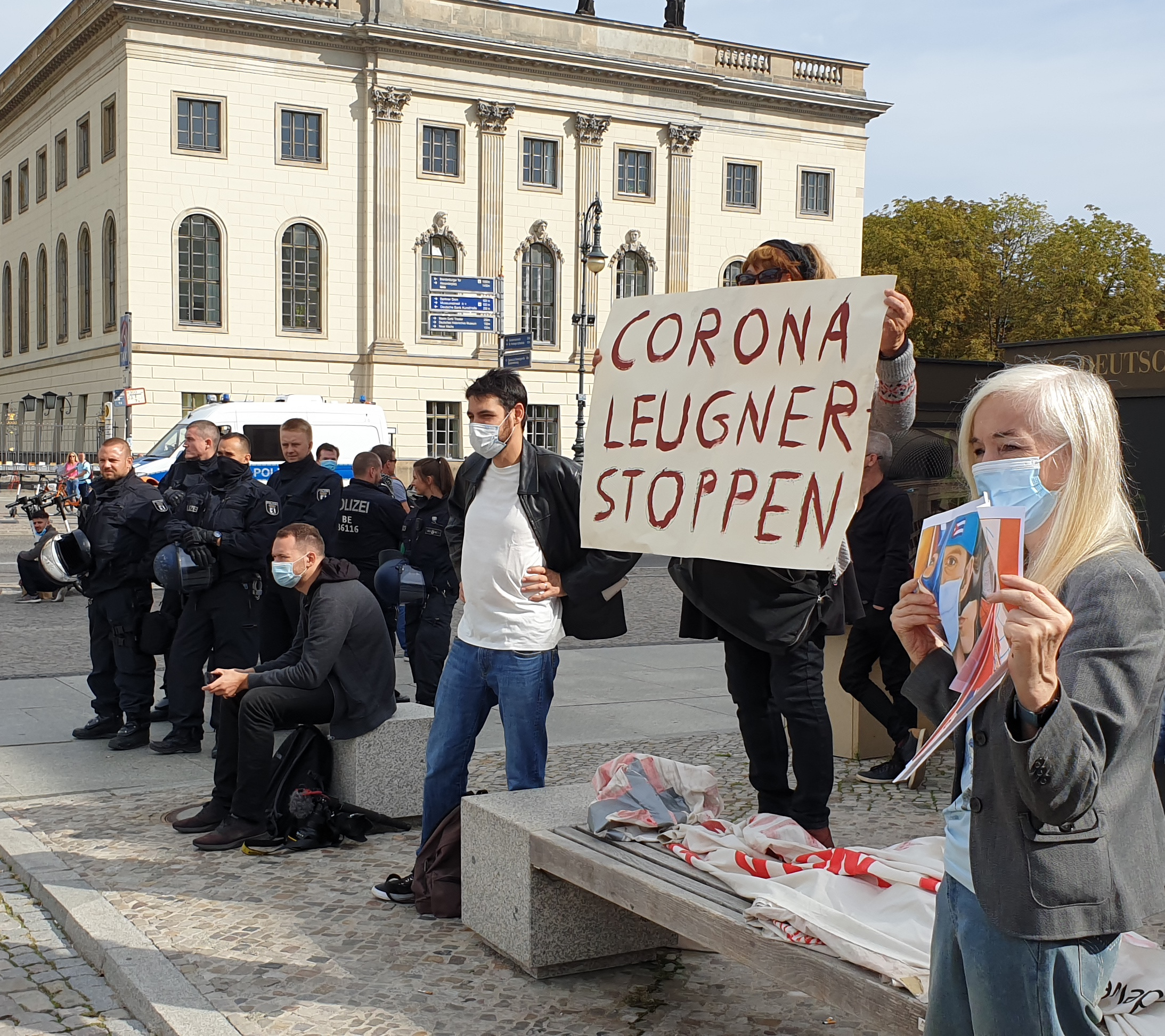 One of the very few Corona-related placards or banners to be seen.

Two of our fellow citizens stopped by to discuss things. The guy on the left is finishing a Köstritzer shortly before 11 in the morning. A good choice! I like Köstritzer. The fellow on the right has a lanyard with Reichsbürger colors. His demeanor and speech were a little too forceful at one point for the nice white-haired lady who stepped back and repeated several times “Leave me in peace! Leave me in peace!” The two gentlemen backed off and went about their business. I wondered briefly if the front of a protest line, immediately behind a line of police and police vans, was perhaps not the most suitable placement for someone wishing to be left in peace, but other matters of consequence were calling for my attention.

Bebelplatz from across the street. Keep in mind that as you view this you may be getting flipped off.

Having spent two hours helping to occupy the square, ready to defend it against any who might attempt to wrest it from us, I felt I’d done my part, and set off across town in search of adventure. 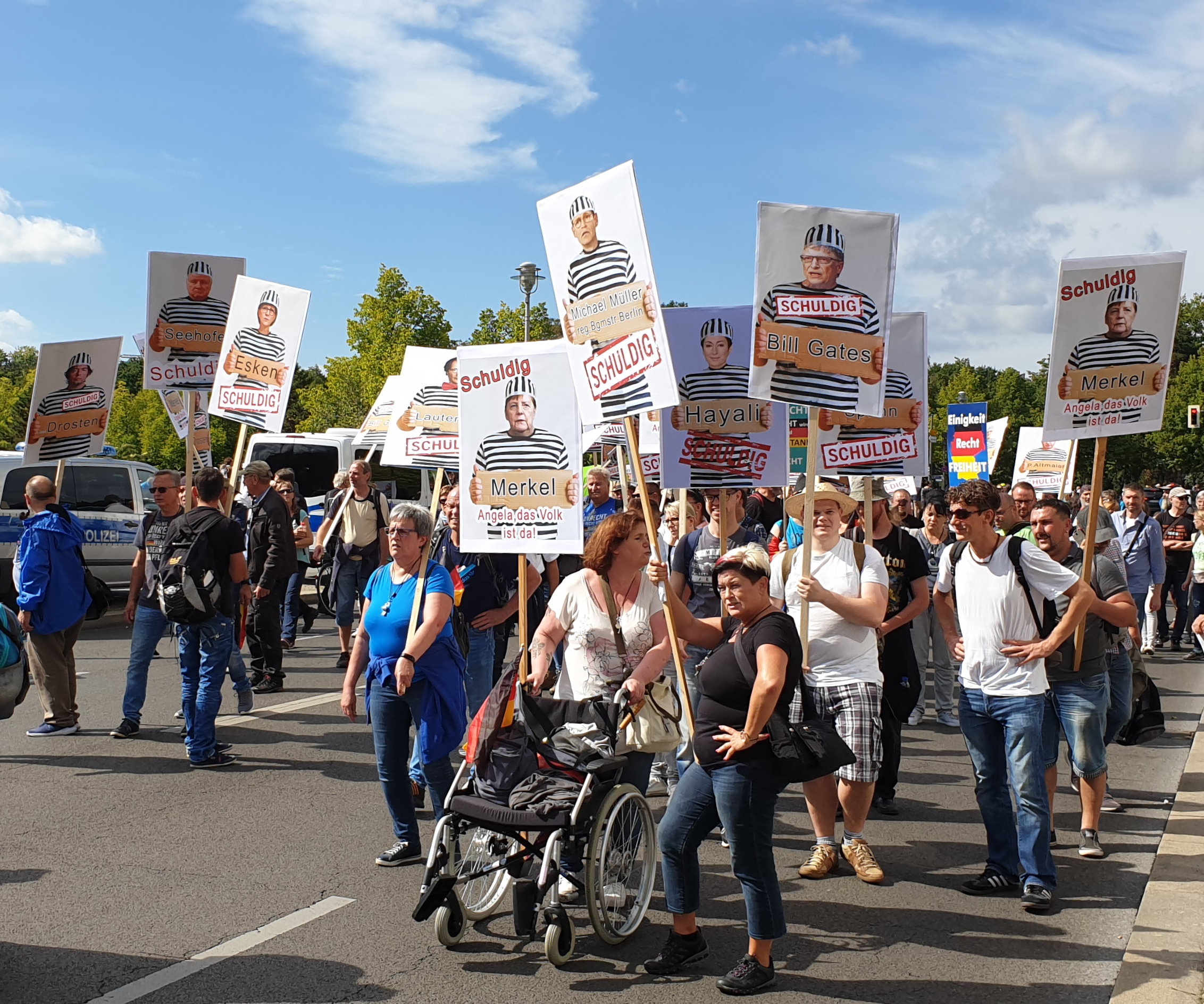 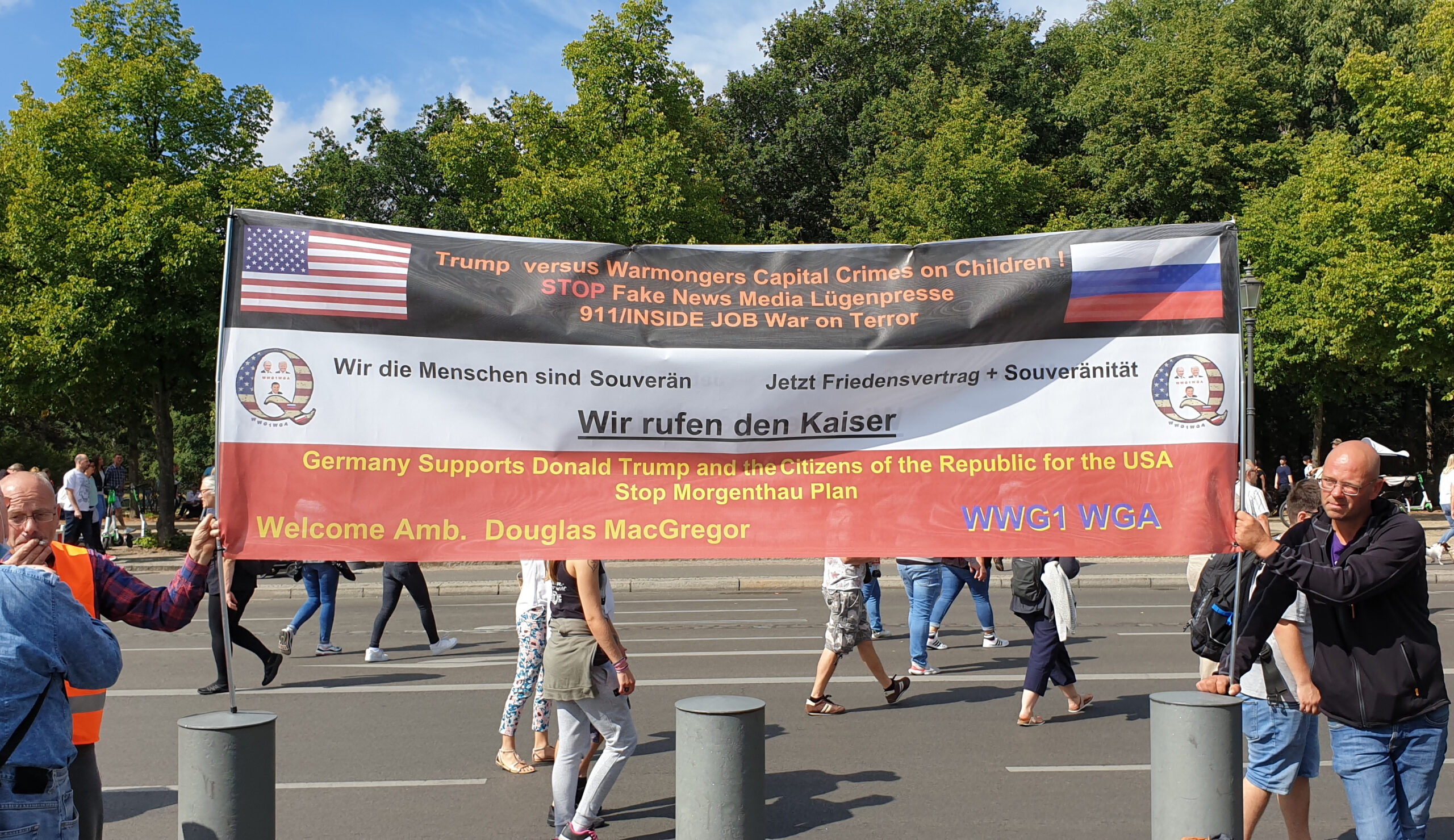 On none of my previous visits to the Brandenburg Gate had I ever seen a large flaming ‘Q’ burning through an American flag. This is an impressive sight. 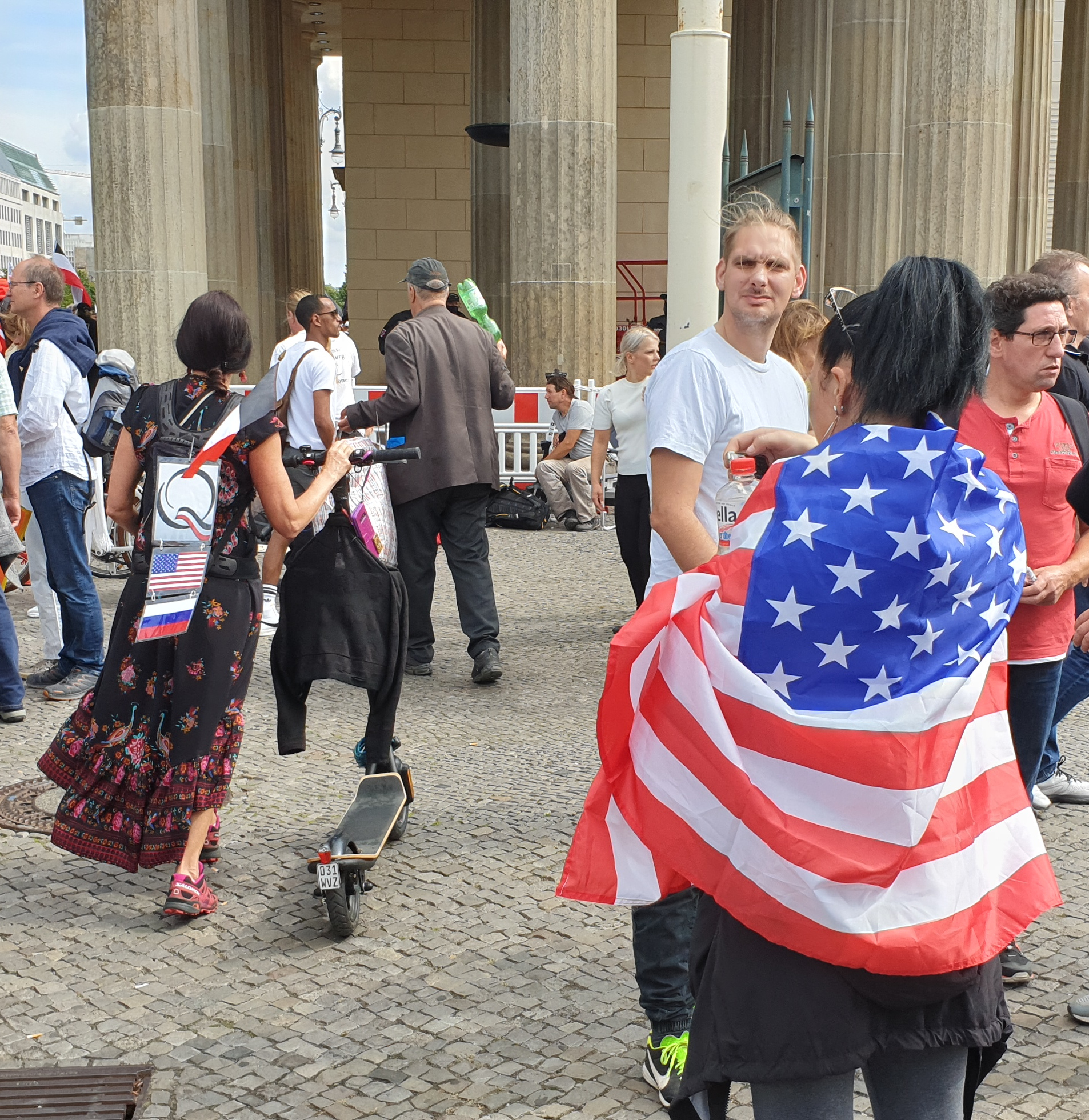 American flag shawls were much in evidence.

The flag shawl can be used as an accessory when dancing.

The American flag can also be worn as a skirt, and so used to cushion your butt when you sit on the pavement.

Now of course nothing quite complements an American flag like the flag of the Soviet Union, or, in this case, two flag of the Soviet Union t-shirts complete with C.C.C.P. on the sleeves. I asked this group if I could take their picture and they said sure. They were very friendly. When I said I was an American, well, they thought that was great. I said I found the flag placement a little odd though, because when I was young the UdSSR was the main enemy. Well, they said, they’d be happy to explain things. You see, Putin is not the real president of Russia. Obama was a huge war criminal. Trump will persevere and carry through. They paused to confirm I understood. I thought I did. They were cheerful, I was cheerful, and this seemed a good note to end on. 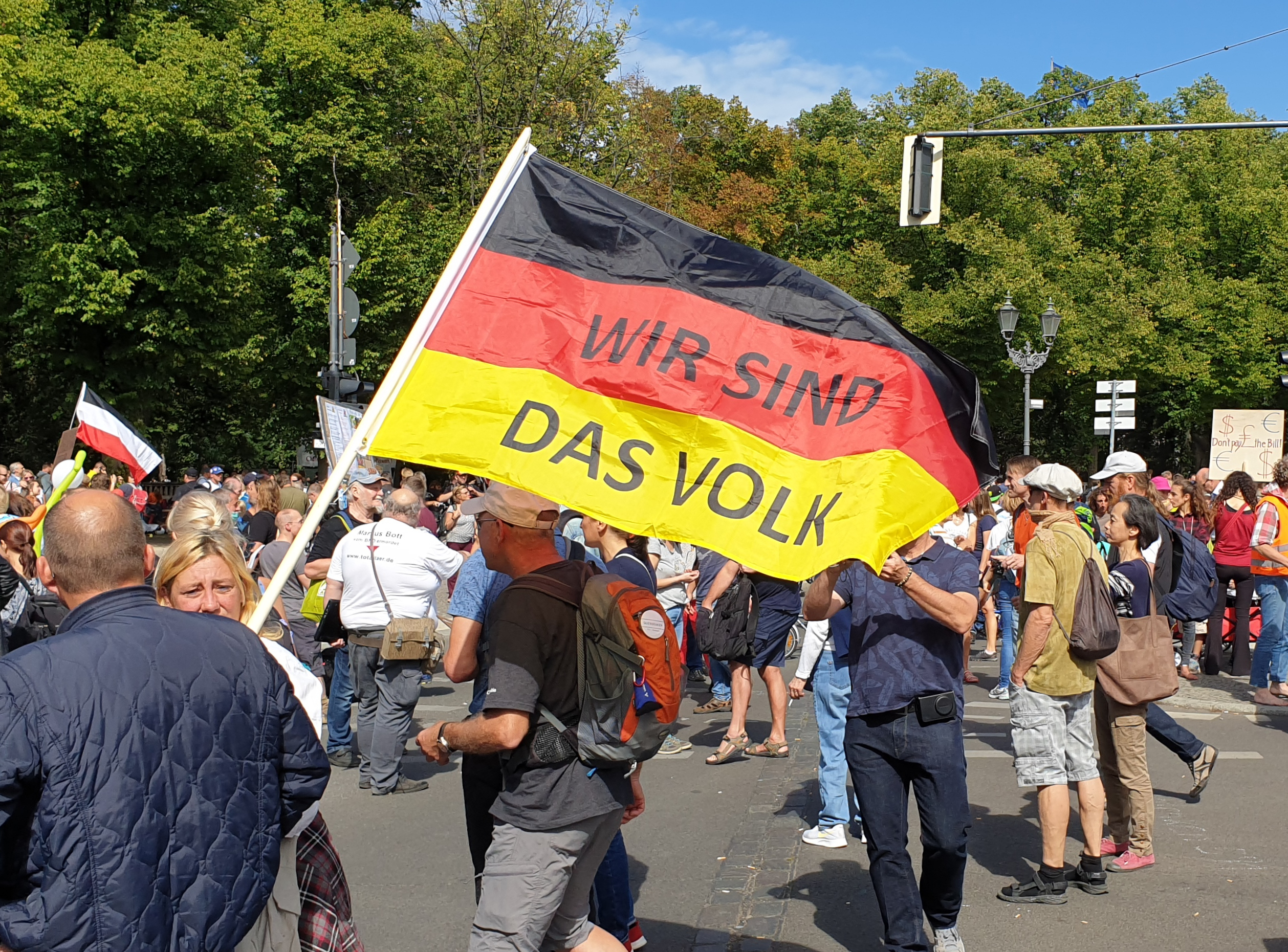 We are not only Reichsbürgers who want to return to the Weimar Constitution. We are also democratic revolutionaries who brought down the DDR. Wir sind das Volk! 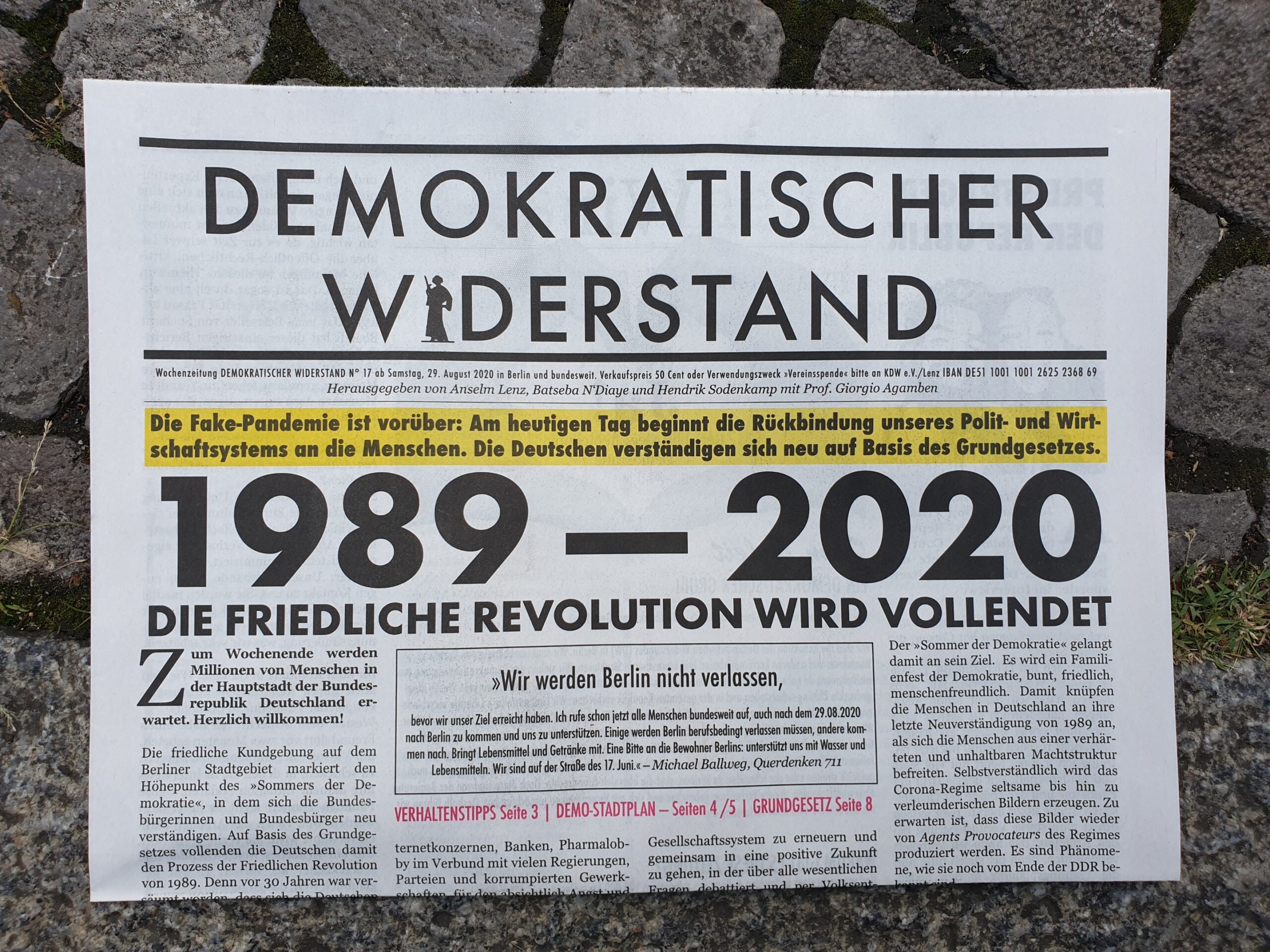 You see, the revolution has not yet been completed. But now, at this high point of the Summer of Democracy, we can complete the work of 1989.

Why yes, this little group does have a Reich flag and a placard with a peace dove. What’s not clear about this? 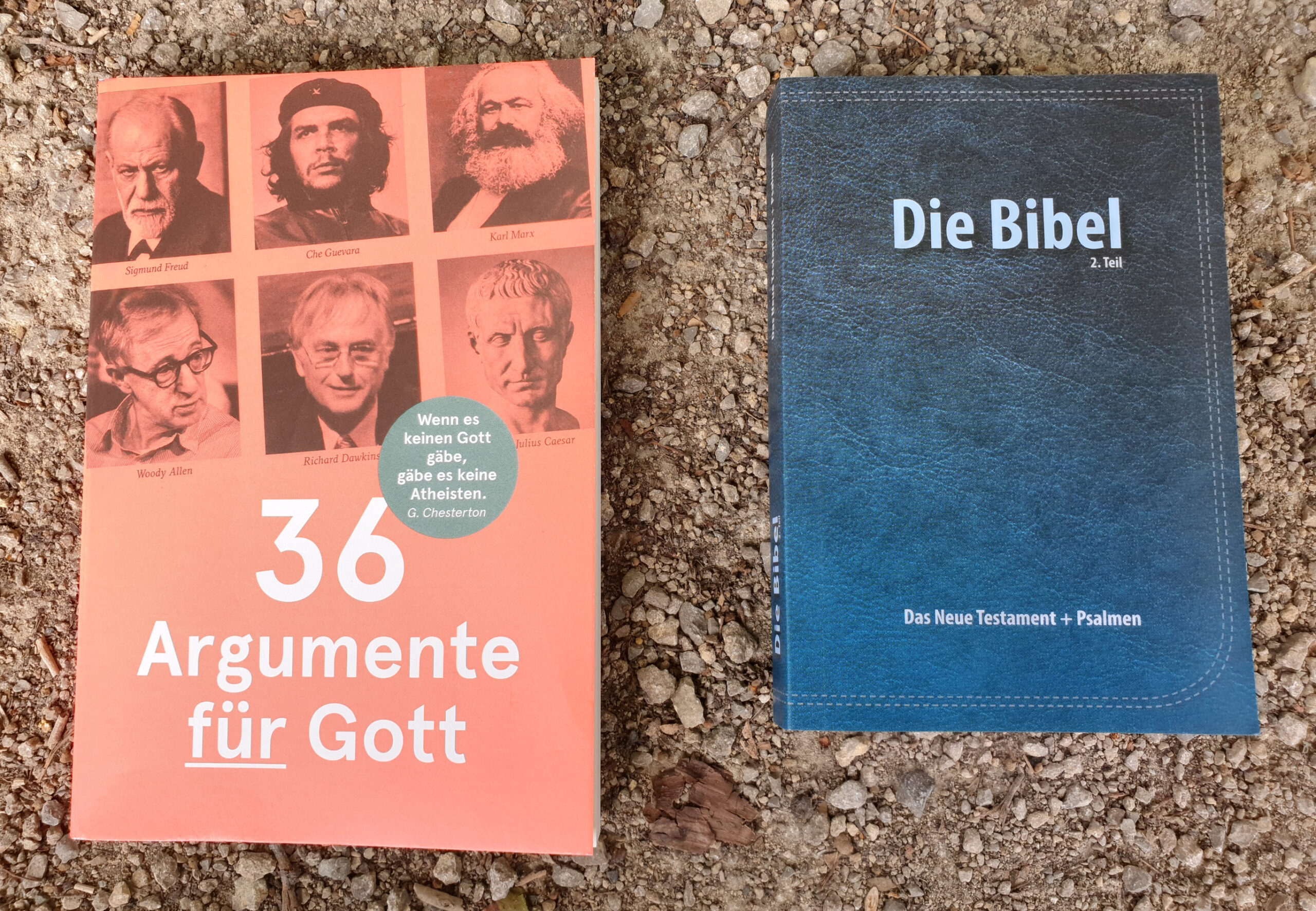 When not fucking the system I resolved to spend time reading my free bible. 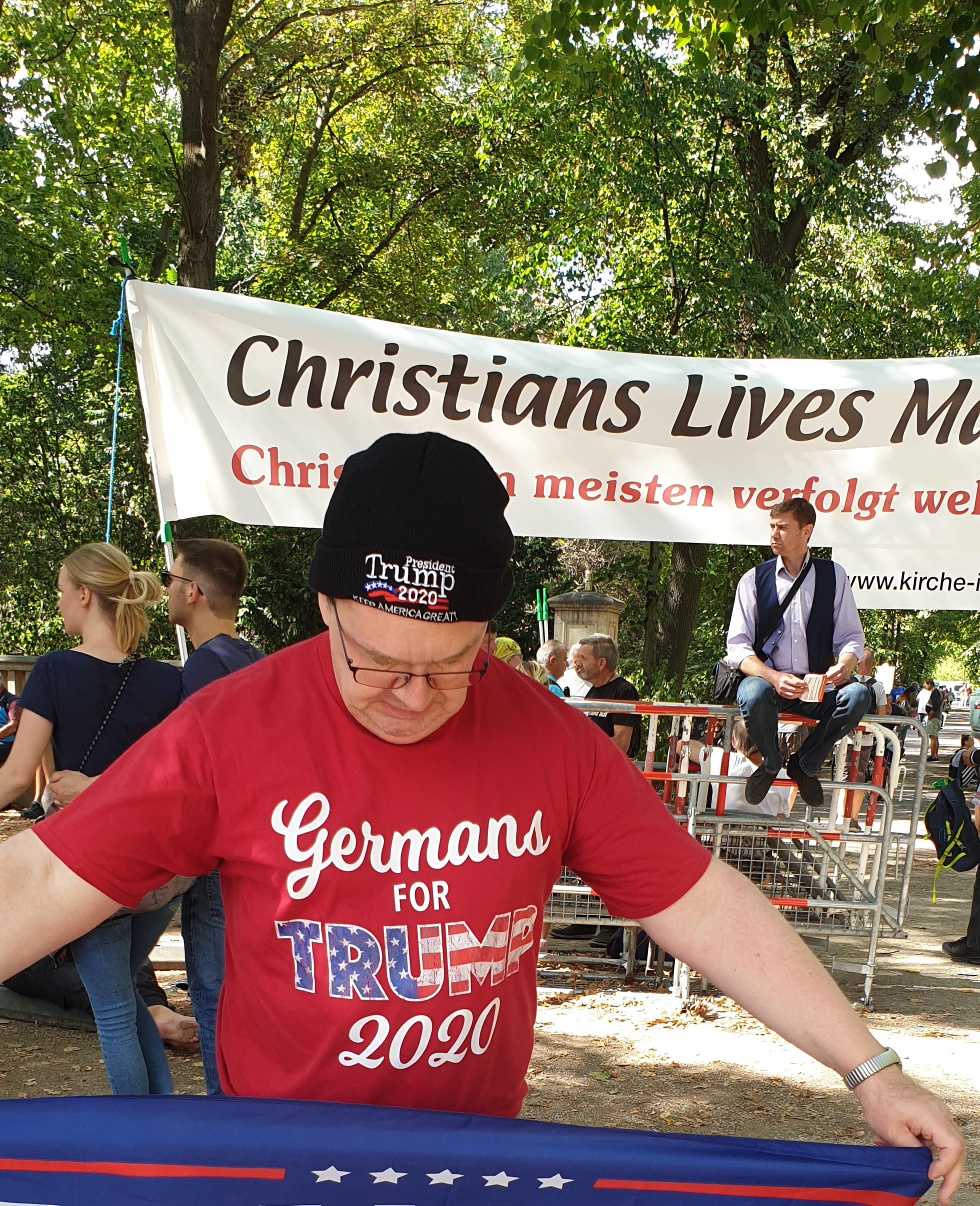 I told this gentleman I liked his t-shirt, and asked if I could take his picture. He said sure, and asked if I wanted him to unfurl his rolled-up banner as well. I said yes, if he wanted to. He carefully unrolled his banner, looking down, straightening it until he’d gotten it right, then looked up to smile at me and the camera. 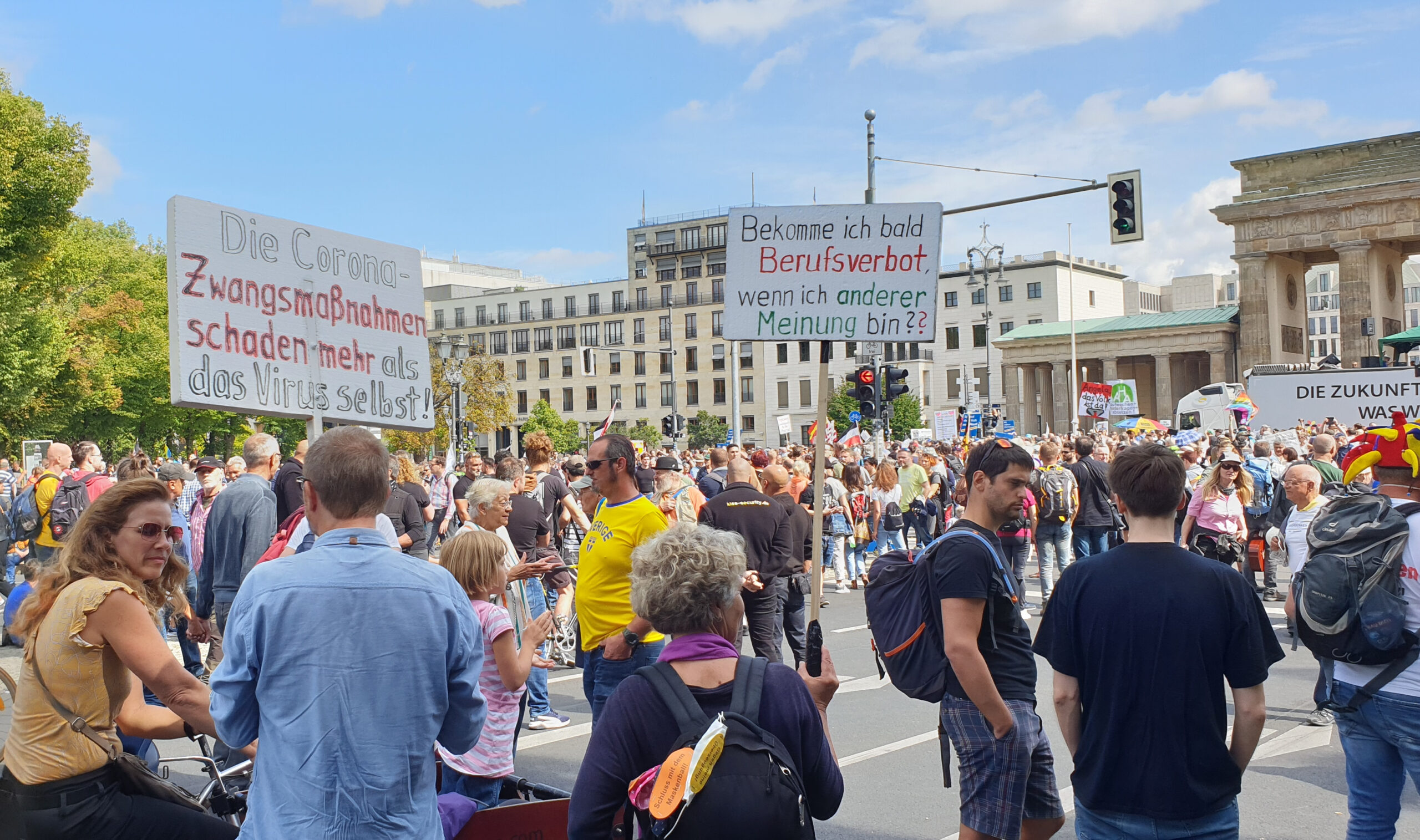 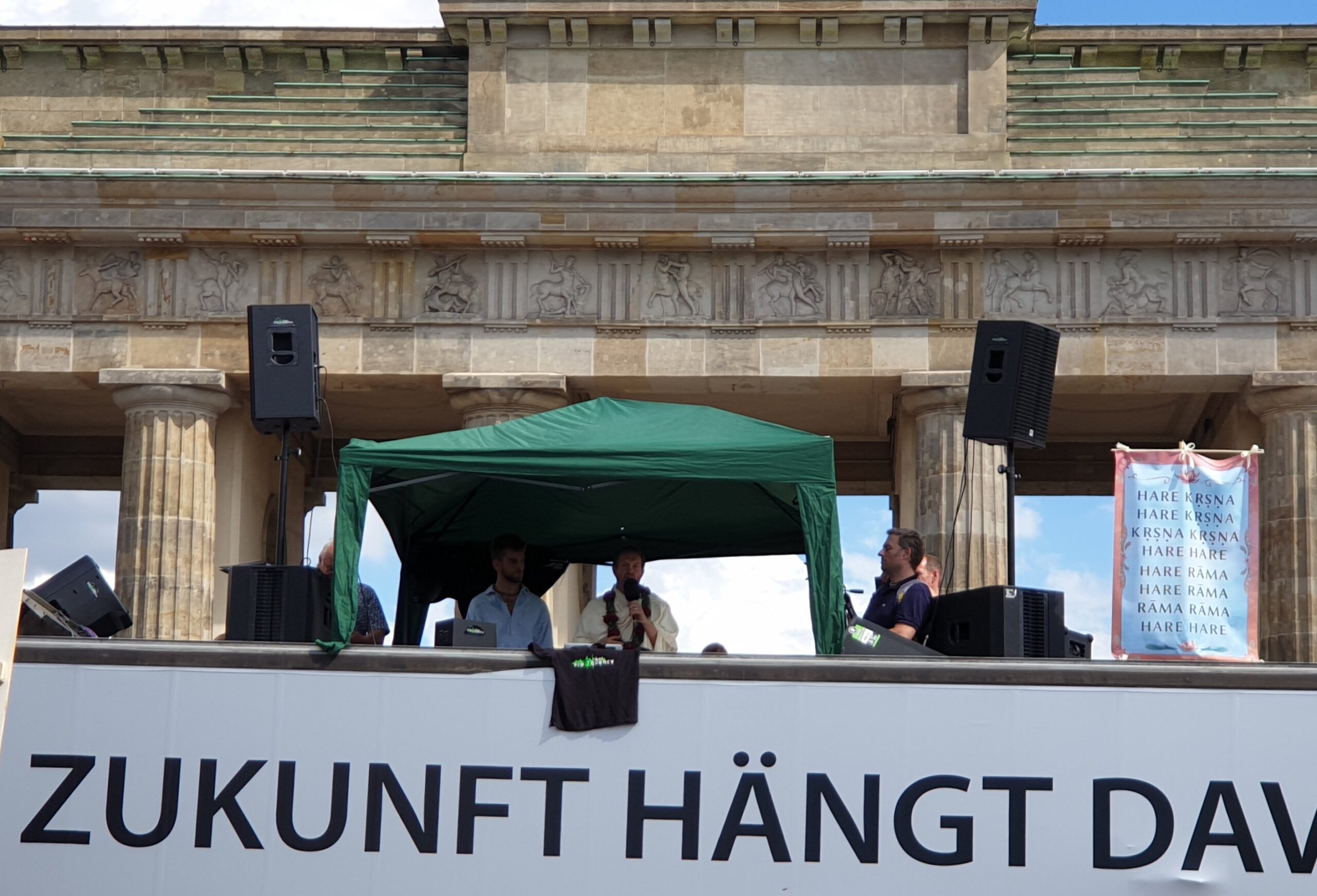 None of the international media that I’ve read has so far mentioned that the Reichsbürger, AfD, and the rest of the attendees were spiritually attended to by a maharishi, who led us in a round of Hare Krishna, Hare Krishna. Now, I don’t know about you, but as for me, well, nothing warms the heart like chanting Hare Krishna, Hare Krishna with a bunch of fascists. I remembered all the words, too! I didn’t have to look at the cheatsheet once. 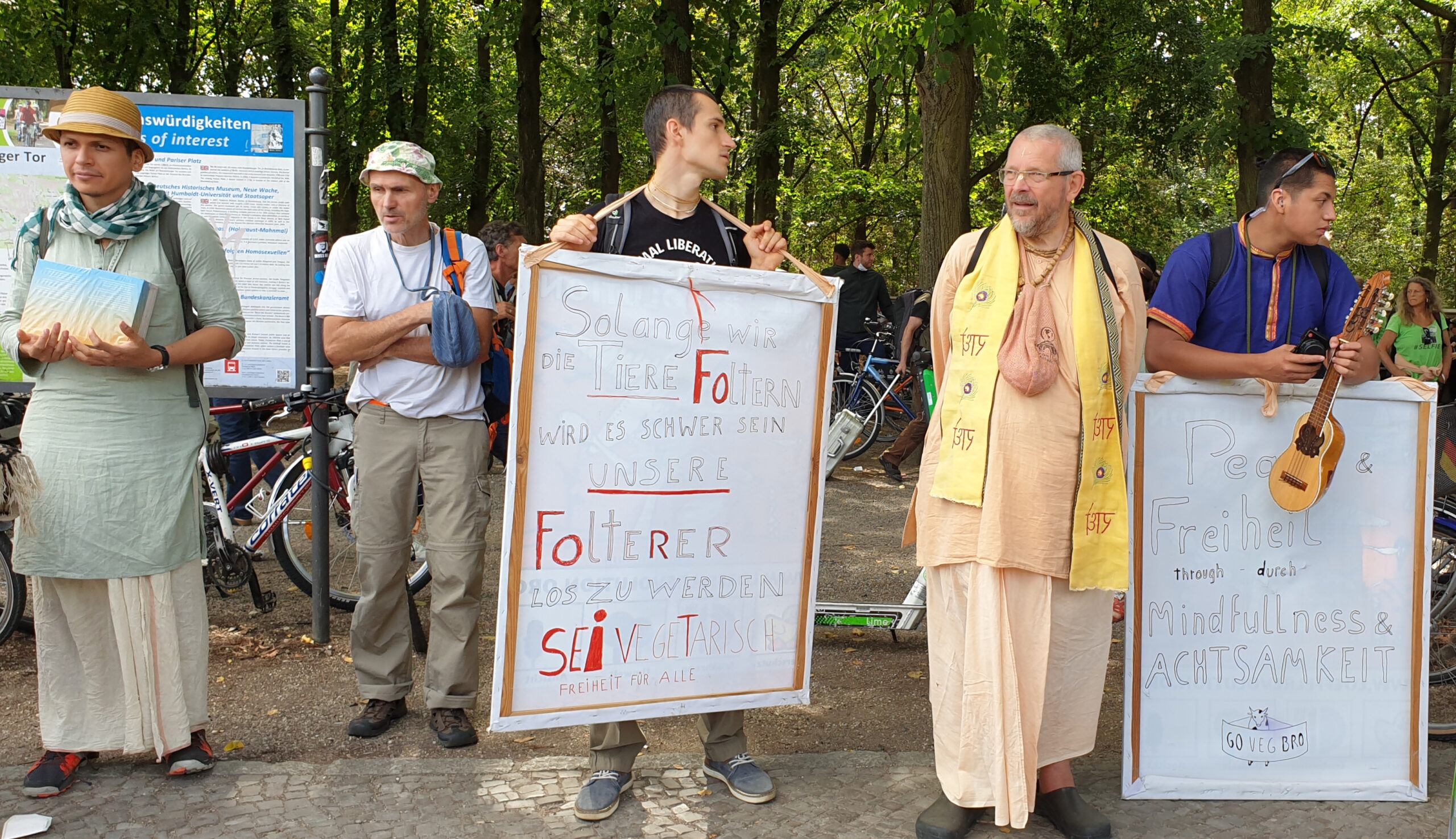 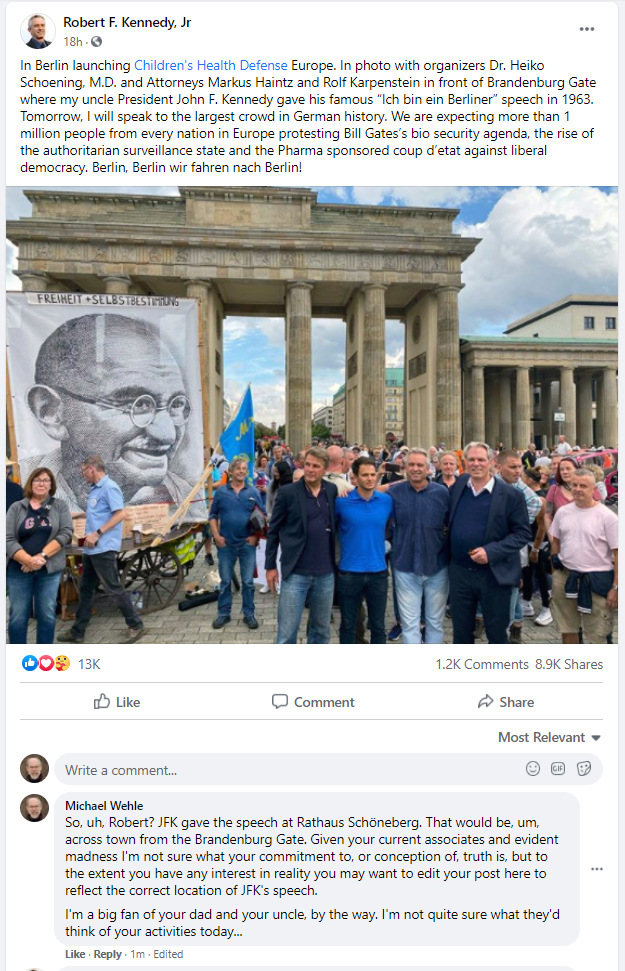 What with all the press RFK Jr. was getting I felt that I needed to pay my respects. 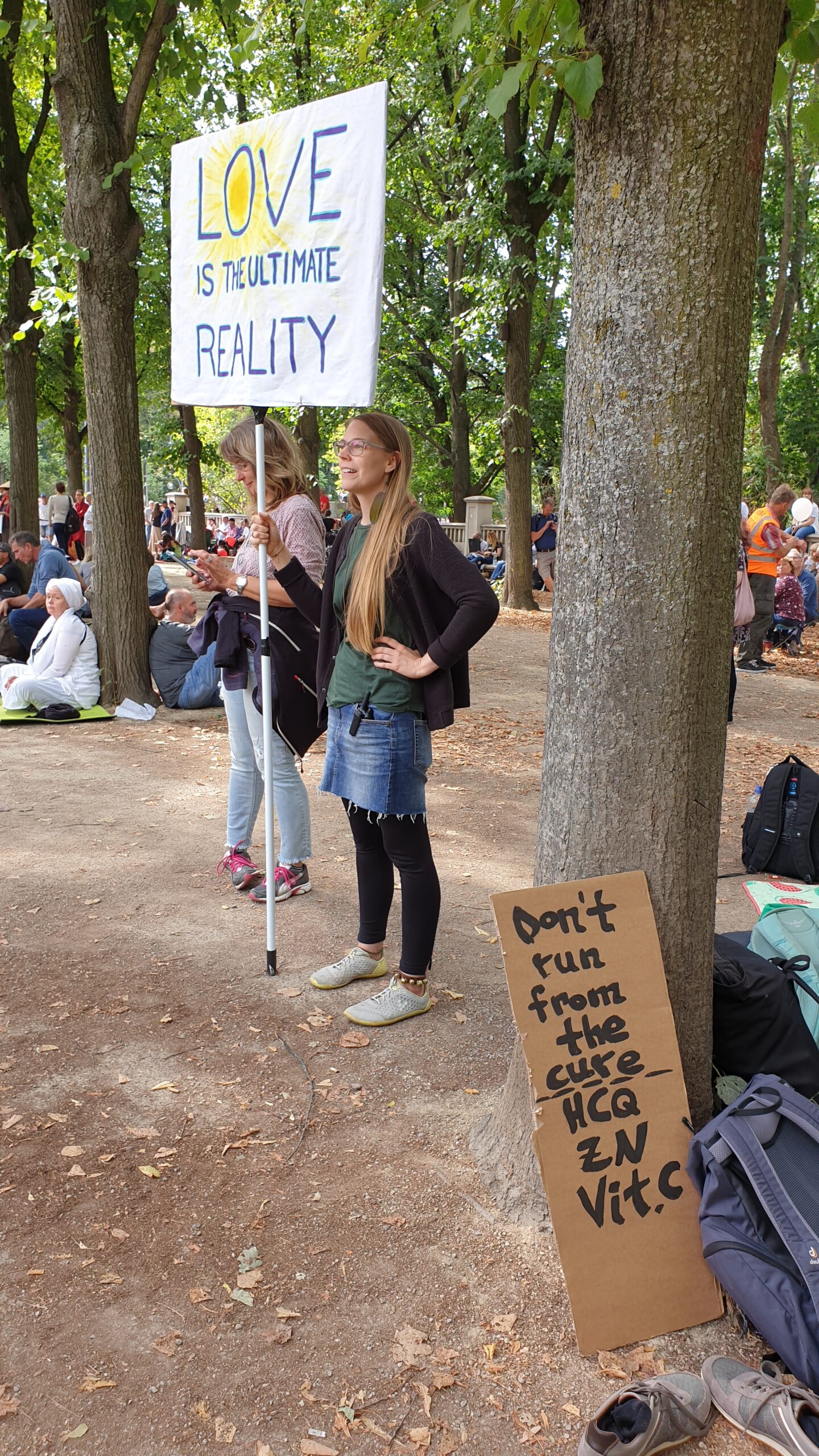 Love, HCQ, and Vitamin C pretty much wraps it up, don’t you think?