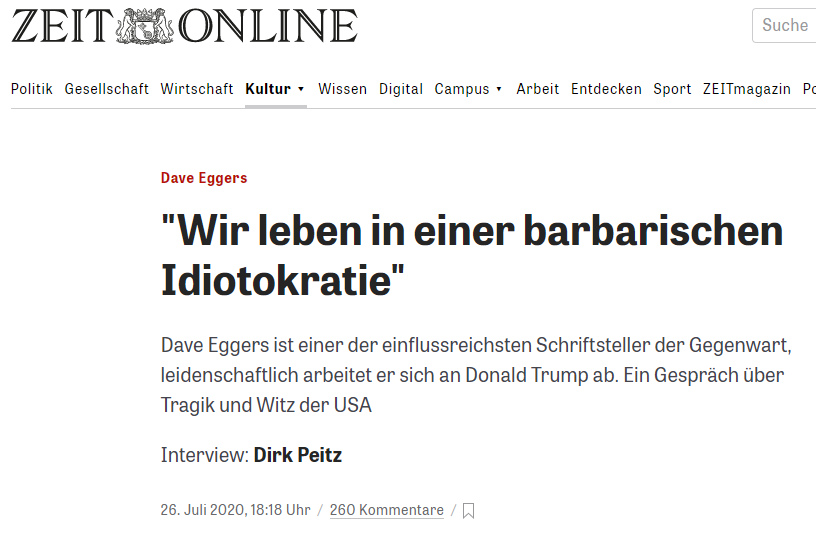 I’m not going to read the interview, but am simply ruminating on the title, the description of Eggers, the idea that he’s engaged with Trump, and the new normal of Americans joking about living in barbarity, in idiocracy. “There is nothing to be done, so we might as well joke about large numbers of people dying.”

I recently finished René Böll’s book about Heinrich Böll and the Prague Spring. I haven’t taken the book back to the library yet because I’m waiting to finish Peter Brandt’s thoughts on his father. Brandt several times mentions Günter Grass in connection with 1961 and 1969, and I’ve seen a book on the 1969 campaign which I want to pick up. Reading Böll I was again struck with the question Who is the American equivalent of Dubček? Seeing this Eggers interview I’m wondering Who are the American equivalents of Václav Havel and Milan Kundera? The American equivalent of the Tschechoslowakische Schriftsteller­kongress? Of Gruppe 47?