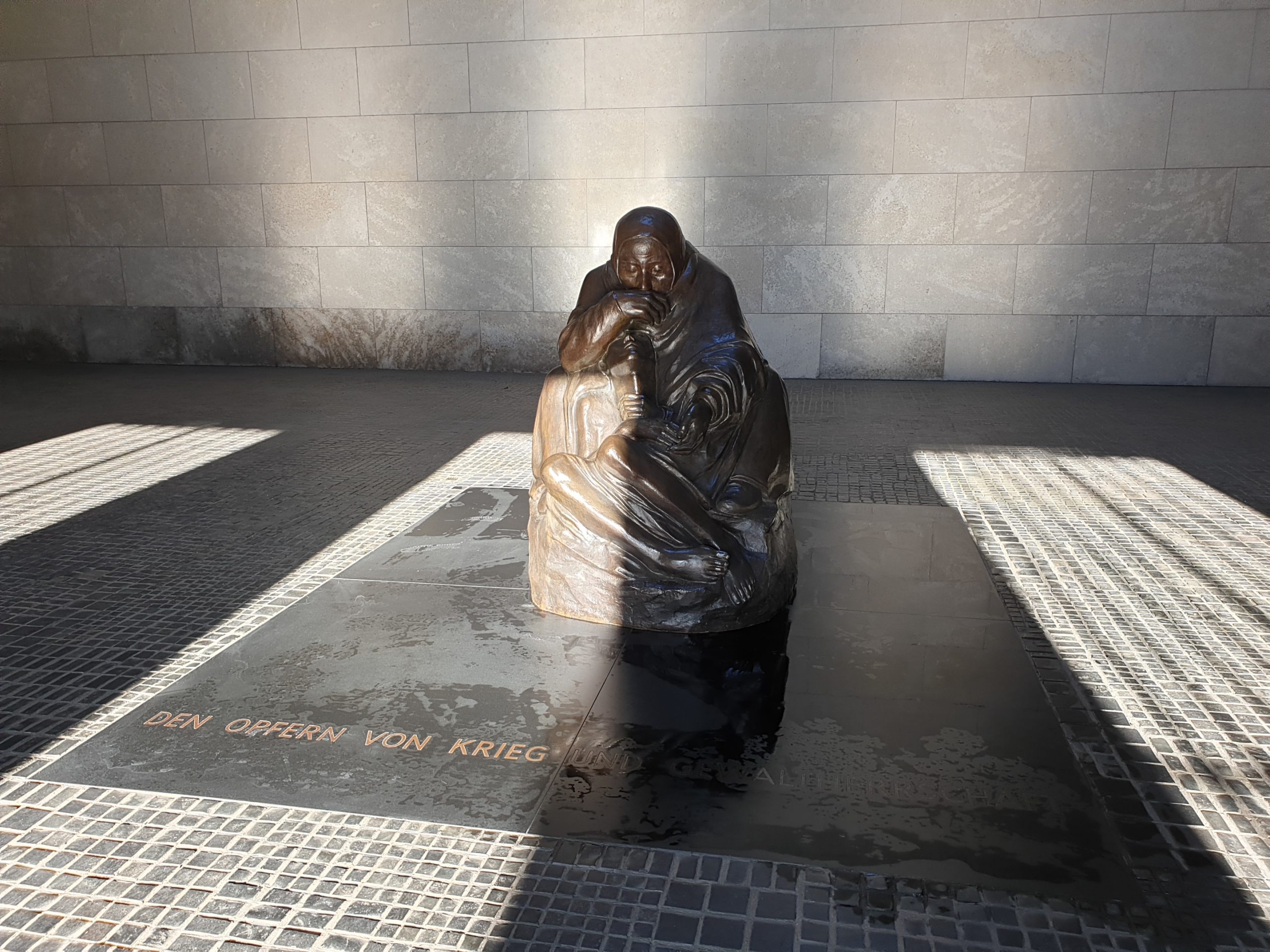 She cradles him, his feet and legs bare, as when he was born. People come in and photograph, leave. It seems obligatory. A family each take a photo on their respective cellphones. It’s not clear how many people spend as much time looking at the sculpture as they do looking at the photo of the sculpture on their cellphones. Some do. Two young men take turns photographing each other standing here. Groups march in, inspect the ceiling as well as the statue. Yes, that is a circle open to the sky, like at the Pantheon. The roof is photographed, the statue photographed, they march out. I think of Vietnam, my mother speaking firmly, resolutely, to my brother and me about our state, states, young men, survival.